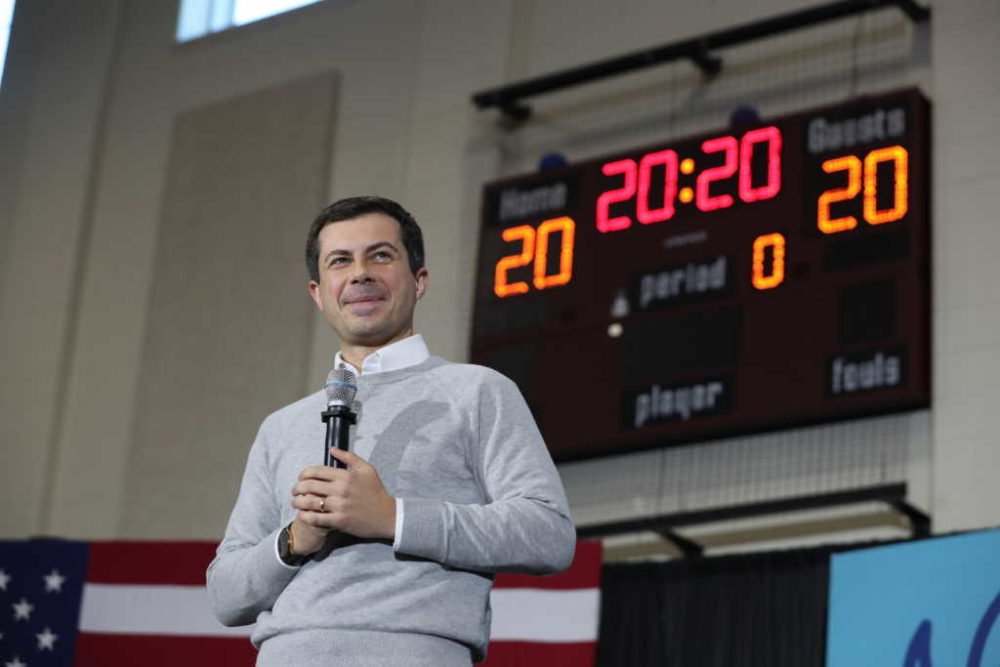 Homosexuality is unnatural and grossly immoral.

‘Therefore God also gave them up to uncleanness, in the lusts of their hearts, to dishonor their bodies among themselves, For this reason God gave them up to vile passions. For even their women exchanged the natural use for what is against nature. Likewise also the men, leaving the natural use of the woman, burned in their lust for one another, men with men committing what is shameful, and receiving in themselves the penalty of their error which was due.’

Democratic presidential candidate Pete Buttigieg, who is gay, is in trouble with some people in the LGBTQ community after a 2-year-old photo of the South Bend, Indiana, the mayor recently resurfaced, showing him volunteering as a bell ringer for the Salvation Army’s annual Red Kettle campaign. The frustrations first began pouring in after Out magazine published the article, “Pete Buttigieg Volunteered for the Homophobic Salvation Army.” The gesture would be super nice of Buttigieg if the Salvation Army didn’t have a well-documented history of discriminating against LGBTQ+ people in need. In the 1990s, the Salvation Army dodged a San Francisco ordinance requiring government-affiliated businesses to offer benefits to workers with same-sex partners by citing exemption on religious grounds. In 2012, Salvation Army spokesperson George Hood claimed that same-sex relationships go “against the will of […]