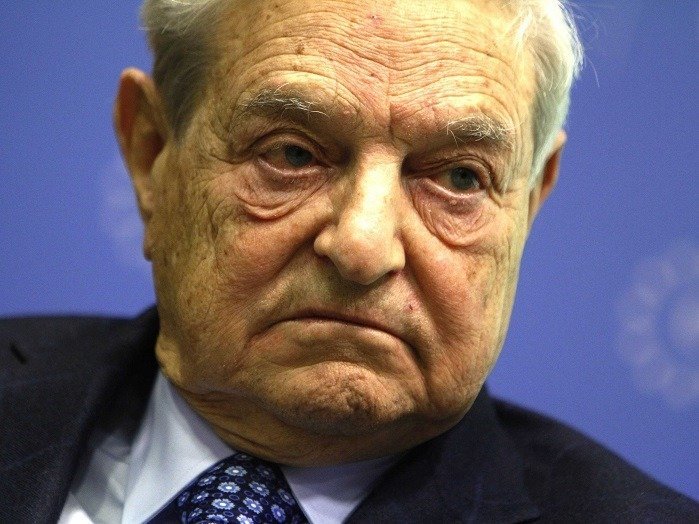 Lefties on George Soros’s payroll know that no good crisis should go to waste and are using the coronavirus pandemic as an excuse to peddle their communist garbage, like the idea that this crisis should remind society of its imperative to “abolish the family” and the “private household.” Wow, what a wonderful thought.

On March 24, progressive outlet “openDemocracy” — funded in part by George Soros-founded and chaired non-profit group “Open Society Foundations” — mused that social distancing and quarantine during the Chinese virus pandemic may have revealed the limitations of the private, single-family household . Perhaps now there is a chance we can do away with this scourge.

Other Soros-funded groups have taken political advantage of the pandemic, like Priorities USA Action, which recently aired ads hammering President Trump over his handling of coronavirus. According to MRC Business Analyst Joseph Vazquez, “Soros’s Democracy PAC and liberal billionaire Donald Sussman have bankrolled the group with $13,000,000 combined so far this cycle.”

The “openDemocracy” post pointed out “several problems” with modern society’s idea of going home to be safe with family, namely “the mystification of the couple-form; the romanticisation of kinship; and the sanitization of the fundamentally unsafe space that is private property.”

Oh well aren’t those notions self-evident? Well yeah it seems if you do think about it, the values that free, prosperous and moral people esteem, like marriage, family ties, and the individual means to procure good standards of living, are actually very evil. Right, thank you “opendemocracy” for reminding us that every good incremental achievement we’ve made since the founding of America has been a devolution.

The leftist trash asked readers to reconsider how healthy it really is to value a “zone defined by the power asymmetries of housework (reproductive labor being so gendered), of renting and mortgage debt, land and deed ownership, of patriarchal parenting and (often) the institution of marriage.”

Dad works, while Mom focuses on kids? Evil. (Not that those roles are as fixed today as this caricature needs them to be.) The housing market and all the things that go into owning a home are dastardly of course. The father as the traditional head of the family is sickening, and marriage? Heterosexual marriage? Absolutely vile. Yes, this blog is preaching to the choir.

Beyond espousing beliefs antithetical to the history and development of western society, like any good commie rag would, “openDemocracy” argued that the household is a place of pain and torture for minority groups.

The piece claimed, “Queer and feminized people, especially very old and very young ones, are definitionally not safe there: their flourishing in the capitalist home is the exception, not the rule.” Right, it’s a rule that nice, suburban families evict homosexuals during times of crises. Castro was a big supporter of the gays.

It also claimed, “standard homes are where, after all, everyone secretly knows the majority of earthly violence goes down: the W.H.O. calls domestic violence ‘the most widespread, but among the least reported human rights abuses.’”

And then what about all the folks that don’t have a family or a traditional home to go to? Yes, we must redistribute and encourage communal living spaces so that everyone has a bad time.

So all in all, capitalist pigs, “the private family qua mode of social reproduction still, frankly, sucks. It genders, nationalizes and races us. It norms us for productive work. It makes us believe we are ‘individuals.’” Freedom. What a disgusting notion.

← Prev: Planned Parenthood, ACLU Sue Iowa and Ohio to Overturn Ban on Abortions During Coronavirus Crisis Next: Here’s Two Reasons Why We’re Blessed to Have a Pro-Life President in the White House →