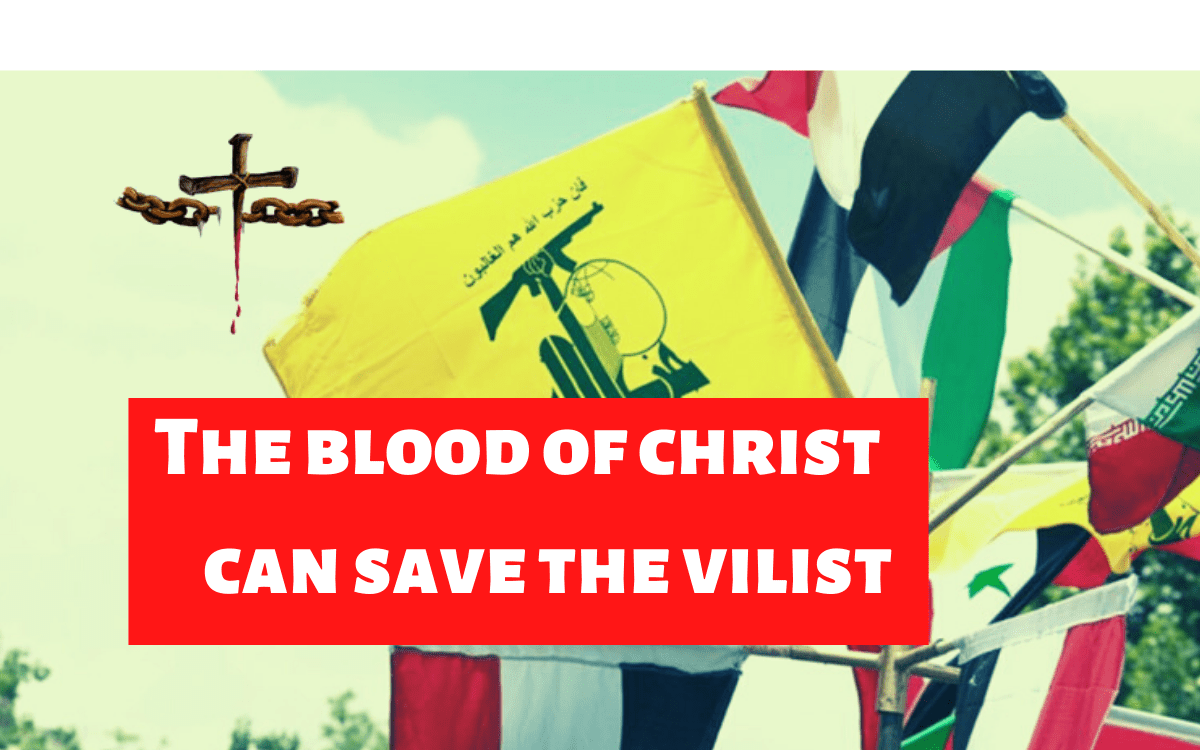 Quds Force Commander assassinated in southern Damascus on Friday; He was reportedly killed in close proximity to the IRGCC regional headquarters.

Dvirian is said to have been primarily responsible for overseeing the fight against the Islamic State of Iraq & Syria (ISIS) in the region but certainly had other responsibilities. Dvirian is reported to have been killed near the regional headquarters of the IRGC in Sayida Zainab which is located in southern Damascus.

News of Dvirian’s death is another blow to the Quds Force, who lost their chief leader Qassem Soleimani in early January after the United […]

Click here to view the original web page at beholdisrael.org

‘The way of the wicked is an abomination unto the Lord: but he loveth him that followeth after righteousness.’

There is no doubt that the new leader of Iran’s Quds Force Farhad Dvirian was following in the same sinister and wicked footsteps of his predecessor Qassem Soleimani. And there is no doubt he will end up in the same hell as Soleimani. Short of either Soleimani and Dvirian believing the gospel of the grace (1 Corinthians 15:1-4) of God their eternal destination is the lake of fire.

Ultimately, God can save to the uttermost…

Yes, God’s grace can save anyone even people like Qassem Soleimani and Farhad Dvirian, had they believe the gospel of grace. All mankind comes short of the glory of God and the wages of sin is death. But the free gift of eternal life is available to all who believe the gospel.

But where sin abounds, God’s grace aboundeth more. In other words, there is no sin that mankind can commit, there is no amount of sins a person can commit that the blood of Jesus Christ can not cover. Mindboggling for sure but it’s what the Word of God declares and we take it by faith. The entire theme of the Bible is redemption from Genesis chapter three right on into eternity the Word of God is about God redeeming what He lost in the garden.

At the end of the apostle Peter’s glorious ministry, the very last words he writes says it all about what God wants more than anything. Read on…

‘and consider that the longsuffering (patience) of our Lord is salvation—as also our beloved brother Paul, according to the wisdom given to him, has written to you, ‘

Today, and ever since the gospel of grace was revealed to Paul two thousand years ago God has opened the flood gates of heaven with the amazing gospel of grace (Acts 20:24; 1 Corinthians 15:1-4). That God will save hell-bound sinners if they’ll just simply believe with all their heart that Christ died for them, for their sins, was buried and was resurrected from the dead never to die again. Not an easy believism, not a mental assent to a set of facts but a heart-broken acknowledgment that I’m a sinner bound for hell and believe by faith alone that God sent His only Son to die in my place, for my sin.

What’s mind-boggling and hard for any of us to truly understand is that God did all this while we were yet living in sin. God sent His Son, Jesus Christ, to die for mankind in spite of our rebellion, our sins, our rejection of what God has declared through His Word. God was able to forgive us of our sins because of His grace, He is able to save us because of what Jesus Christ did on the cross. We just have to believe it!

Moreover the law entered that the offense might abound. But where sin abounded, grace abounded much more,

But God demonstrates His own love toward us, in that while we were still sinners, Christ died for us.

For if when we were enemies we were reconciled to God through the death of His Son, much more, having been reconciled, we shall be saved by His life.

that is, that God was in Christ reconciling the world to Himself, not imputing their trespasses (sins) to them, and has committed to us the word of reconciliation.

For He made Him who knew no sin to be sin for us, that we might become the righteousness of God in Him.

In the end, when an individual dies, it is unbelief, not their sins that will send them to the Great White Throne where they will be judged by the righteous Judge, Jesus Christ.

Sin isn’t mankind’s ticket to hell, the sin dilemma was dealt with at the cross 2000 years ago. Sin has never been the reason for people being separated from God for eternity. The only reason people since the beginning of time are sent to hell to face Christ at the Great White Throne is for their “unbelief”.

Having zero faith in God and what He has declared for our salvation is a person’s ticket to hell, not their sin. Once they’ve passed off the scene, yes it is too late and their sins will come into play and the Judge, Jesus Christ, the One sitting on the Great White Throne will open the books. These books contain every sin, every wicked thought, every single wicked deed of all who rejected (unbelief) God’s free gift of salvation. All recorded by God Himself and those small and great will be judged by the divine record of their sins just before they are tossed into the lake of fire for eternity which is the second death.

‘in the day when God will judge the secrets of men by Jesus Christ, according to my gospel.’

‘Then I saw a great white throne and Him who sat on it, from whose face the earth and the heaven fled away. And there was found no place for them. And I saw the dead, small and great, standing before God, and books were opened. And another book was opened, which is the Book of Life. And the dead were judged according to their works, by the things which were written in the books. ‘

Salvation is a Free Gift – Available to ALL Even the Vilest

Yes, the gift of salvation is FREE, and what does free mean? Exactly what free has always meant FREE. If you have a controversy with the free gift of salvation available to all mankind, Jew or Gentile regardless of their sinful life then your controversy is with God. Scripture is clear Christ died for all and salvation is by faith alone in the finished work of the cross apart from works.

‘who (speaking of Christ) being the brightness of His glory and the express image of His person, and upholding all things by the word of His power, when He had by Himself purged our sins, sat down at the right hand of the Majesty on high,’

‘By that will we have been sanctified through the offering of the body of Jesus Christ once for all.’

‘But this Man, after He had offered one sacrifice for sins forever, sat down at the right hand of God, ‘

To find out more about how to get saved scroll down to the “salvation section!