In New Egyptian Sci-Fi Series, U.S. has Collapsed, Israel has been Destroyed 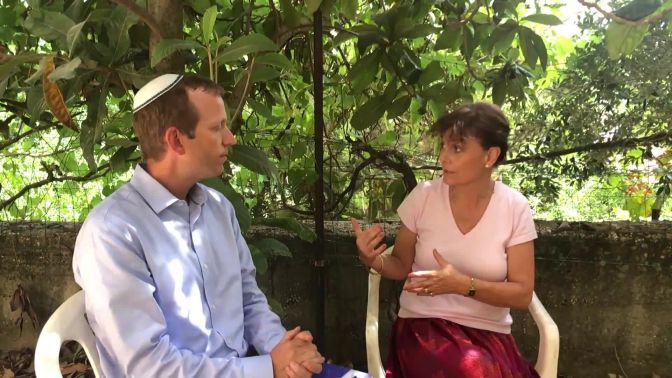 I will curse those who curse you.

In the dystopian world of the new Egyptian science fiction series “The End,” in the year 2120, the United States has collapsed into civil war, the Arab countries have destroyed their “sworn enemy,” Israel, and “unauthorized” learning is prohibited.

In the series premiere, which aired on Egypt’s ON Network on April 24, the first day of the Islamic holy month of Ramadan, a man is shown teaching a group of children about the history of the 21st century. What used to be called the United States, he says, split apart into several warring countries, while what used to be called “the Arab countries” had destroyed Israel in the “Jerusalem Liberation War.” The majority of the Jews in Israel, he goes on to explain, fled to their “original countries” in Europe and elsewhere. An aircraft filled with futuristic soldiers then lands outside the building the lesson is being held in. The soldiers storm the building, and their commander informs the teacher that he has violated the decisions of the “Education Co. for Selective Teaching” and of the “legal administration of the holy city of Jerusalem.” The commander further informs the man that he is being sentenced to banishment to “the radiation zones in West Africa.” When one of the children tries to run, the commander executes him.

It would be funny but this series isn’t a comedy.

The reality is that God will destroy all of Israel’s enemies and Christ will rule the planet from Jerusalem. These are but childish attempts, try-hards that can hate the Jewish people because they hate Israel’s God and reject Jesus Christ as their savior.

‘For thy Maker is thine husband; the Lord of hosts is his name; and thy Redeemer the Holy One of Israel; The God of the whole earth shall he be called. For the Lord hath called thee as a woman forsaken and grieved in spirit, and a wife of youth, when thou wast refused, saith thy God. For a small moment have I forsaken thee; but with great mercies will I gather thee. In a little wrath I hid my face from thee for a moment; but with everlasting kindness will I have mercy on thee, saith the Lord thy Redeemer. ‘

← Prev: The Demonic Chinese Communist Party Tortures Catholic Priest to Join the Patriotic Church Next: Why are We Killing U.S. Cattle and Importing Meat from Nambia, Africa? 'Deception' →