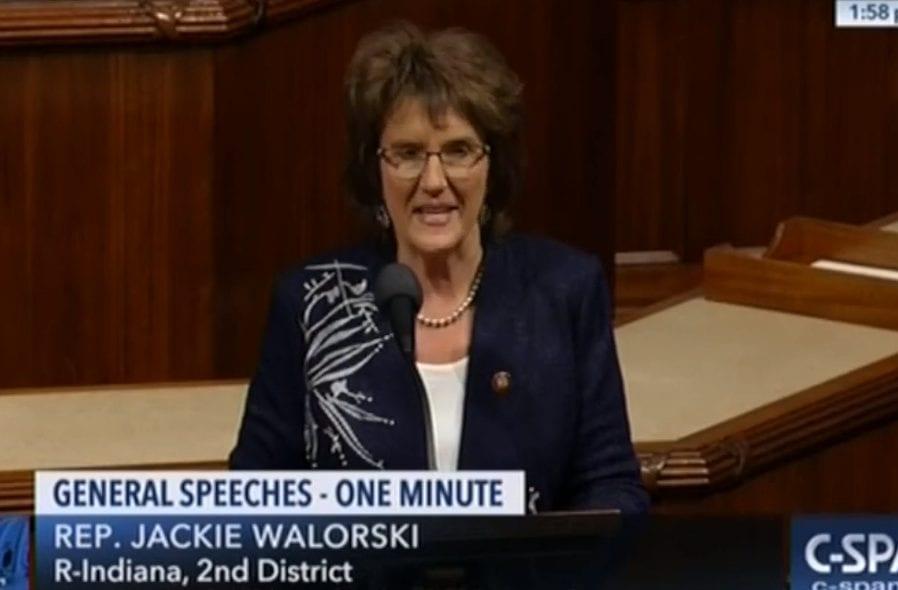 For the fifth time in five legislative days, House Democrats blocked a request by Republicans to vote on a bill that would stop infanticide.

This is the fifth time Congressional Democrats thwarted an attempt by Republicans to vote on a bill that would provide medical care and treatment for babies who provide survived failed abortions — five times in the House and once in the Senate.

Today, Indiana Rep. Jackie Walorski tried to get House Democrats to allow a vote on the bill but they refused. The refusal comes even as a new poll shows most Americans support the legislation to provide medical care for babies born alive after failed abortions.

I just asked unanimous consent to bring the Born Alive Abortion Survivors Protection Act to the House floor for a vote. Democrats objected. Protecting the lives of children should not be a partisan issue – it is just what’s right.

After the request failed, Waloski led a seris of speeches from pro-life members of Congress seeking a vote.

HAPPENING NOW: I’m leading a series of speeches on the House floor to call for protections for infants born alive after failed abortions. We must stand together against infanticide. Watch live on C-SPAN.

In states like New York and Virginia, legislation could legalize what amounts to infanticide and end safeguards that protect babies born alive after an abortion attempt. That is sickening.

We must stand up together against this radical and inhumane agenda, and we must act to protect the rights of all infants.

“Unfortunately, H.R. 962 is needed more than ever with the passage of a radical law in New York state that essentially legalizes infanticide,” Congresswoman Walorski said. “That law allows abortions up to and even after birth and ends safeguards that protect babies born alive after failed abortions. Similar bills are being debated in states like Virginia, where the governor spoke of making newborns comfortable while doctors and patients decide if they should be left to die. We must stand up against this radical legislation and protect the rights of all infants. This is not a partisan issue. It is simply what’s right.”

After that, House Minority Whip Steve Scalise asked Democrats to allow a vote on what should be a noncontroversial bill. They refused.

Then, pro-life Congresswoman Ann Wagner of Missouri asked the House for unanimous consent to bring up the bill to stop infanticide. House Democrats blocked it.

House Republicans will bring up the request to vote on the Born Alive bill every day for the next 30 days. Their measure is comparable to the Senate bill that for abortion Senator Patty Murray objected to earlier this week.