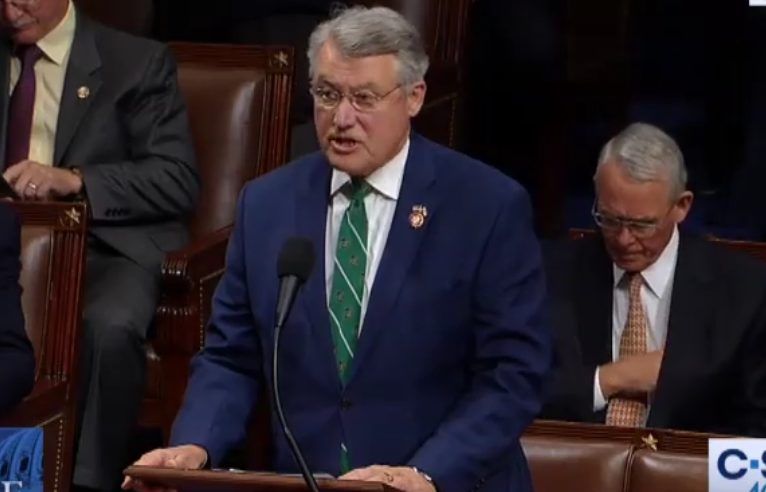 Late Monday, House Democrats refused a vote on the bill for the 20th time — reading the same statement they have read the previous 19 occasions that claims there is no bipartisan agreement to bring the bill up for a vote. Despite the claim, Republican leaders have repeatedly asked Pelosi and top Democrats to reach an agreement for the bill to receive a vote.

This is the 19th time in total that Congressional Democrats thwarted an attempt by Republicans to vote on a bill that would provide medical care and treatment for babies who provide survived failed abortions — 19 times in the House and twice in the Senate.

Rep. Rick Allen (R-GA) offered the unanimous consent request to allow a vote on the anti-infanticide bill but Democrats, as shown below, ruled it out of order. After Democrats denied Johnson’s request to vote on the bill he criticized them for failing to allow a vote. As Democrats have done on most occasions, the pro-life Congressman’s mic was ultimately cut off as he attempted to speak further on the legislation.

If the Democrats continue to block consideration of H.R. 962, after 30 legislative days, Republican Whip Steve Scalise (R-LA) and Rep. Wagner plan to file a motion to discharge the resolution from the Rules Committee.

Leading pro-life members of Congress held a press conference yesterday to discuss their plan for how to try to get around nancy pelosi and House Democrats who are blocking a bill to stop infanticide.

House Republicans are working to get a vote on legislation that would protect babies born alive after abortion. They are moving forward with a discharge petition. Since Democrats have the majority in the House — the only way pro-life lawmakers can bring a bill to the floor is to demand a discharge petition and getting a majority of the members of Congress to sign it.

Rep. Cathy McMorris Rodgers, a leading House member, discussed that in a recent interview with the Daily Signal. ← Prev: Kansas House Passes Bill to Inform Women the Abortion Pill Can Be Reversed and Their Baby Saved Next: Utah Governor Signs Bill Banning Abortions on Babies After 18 Weeks →