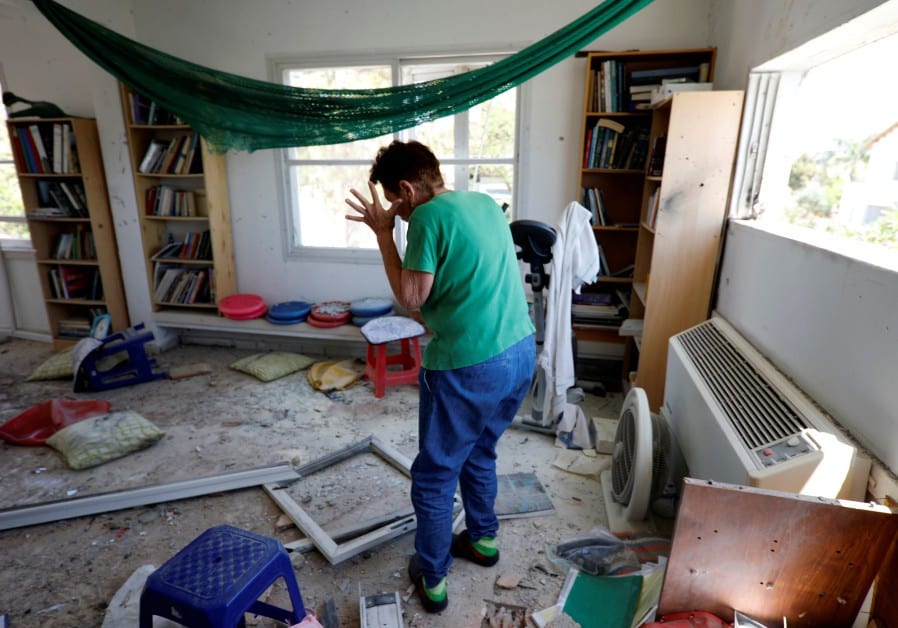 “Behold, I will make Jerusalem a cup of drunkenness to all the surrounding peoples, when they lay siege against Judah and Jerusalem. And it shall happen in that day that I will make Jerusalem a very heavy stone for all peoples; all who would heave it away will surely be cut in pieces, though all nations of the earth are gathered against it.

Yael Nisinbaum reacts after house near the Gaza border was struck by a rocket fired into Israel on May 4, 2019.

Israel appeared to be on the verge of a prolonged escalation of its conflict with Hamas and Palestinian Islamic Jihad after close to 300 rockets were fired from the Gaza Strip towards southern Israeli communities on Saturday, striking several homes and leaving one elderly woman severely wounded by shrapnel. The attacks occurred in advance of Israel’s Independence Day and 10 days before the Eurovision Song Contest. Dozens of projectiles were intercepted by the Iron Dome missile defense system, according to the IDF Spokesperson’s Unit. While the majority of rockets launched by Hamas and Palestinian Islamic Jihad fell in open areas, several hit homes in communities in southern Israel, including in Beersheba, Sderot and Ashkelon. […]

← Prev: ‘Disappearing’: Christian Persecution Is Nearing ‘Genocide Levels’ Next: Arizona Governor Doug Ducey Does Not Given to Pressure from Arizona's Radical Left Groups to Take Down Easter Post →