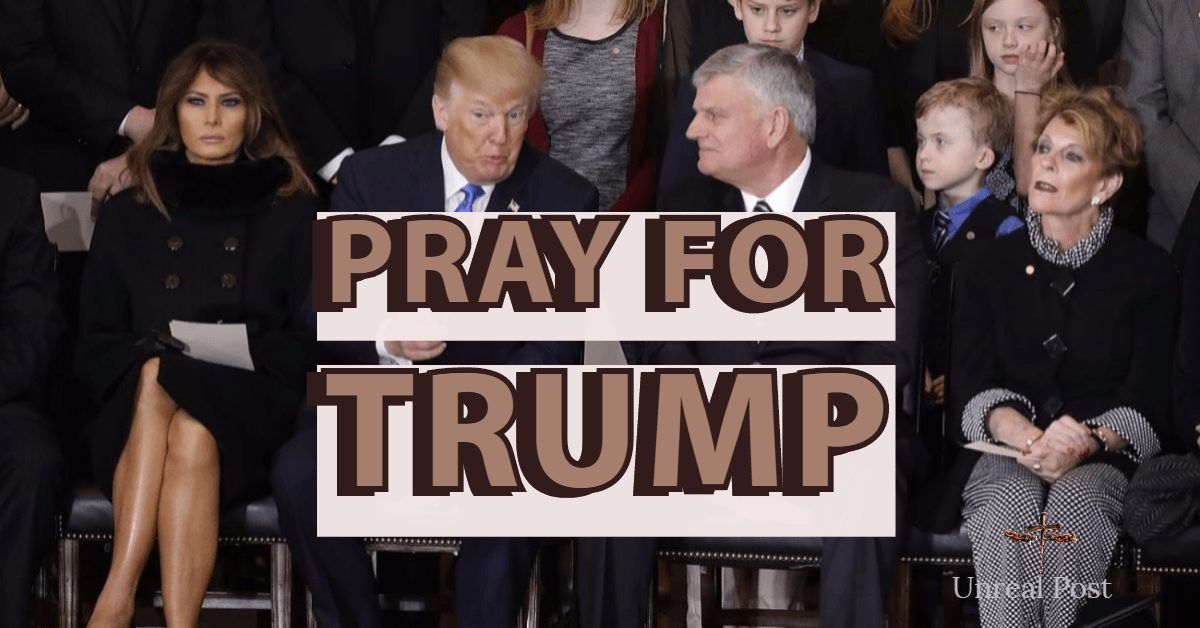 Christians are Commanded to Pray for Our Leaders, All Leaders because They are Appointed by God

‘Let every soul be subject to the governing authorities. For there is no authority except from God, and the authorities that exist are appointed by God. ‘

‘Therefore I exhort first of all that supplications, prayers, intercessions, and giving of thanks be made for all men, for kings and all who are in authority, that we may lead a quiet and peaceable life in all godliness and reverence. ‘

Leading evangelist Franklin Graham has responded to critics of his “special day of prayer” on Sunday, a time when he’s urged Christians worldwide to ask God to protect President Trump as his political “enemies” seek impeachment.

Graham, the 66-year-old son of the late evangelist Billy Graham and the influential conservative Christian leader of the Billy Graham Evangelistic Association, spoke with The Christian Post on Thursday to further detail what inspired him to announce this Sunday’s special day of prayer.

Since making the announcement last Sunday, Graham has faced backlash from fellow Christian leaders who argue that Graham’s call to prayer for the president is nothing more than an attempt to politicize prayer and “engender support for Trump by whipping up prayer.”

“I am not asking people to endorse him. That is not that point of this prayer,” Graham told The Christian Post in a phone interview. “This is not an election year. So I don’t see how it could be political. He is the president. People have voted for him. He is in office and he is carrying out the duties of the presidency. He needs our prayers.”

The special day of prayer statement has been supported by over 300 Christian leaders. Graham is calling on pastors and laypersons across the nation to lead their congregations in prayer for the president during Sunday services, Sunday school, and other gatherings.

Graham told The Christian Post that he was inspired by a feeling in his heart to announce the day of prayer. He said that feeling grew into action after he spoke about it with another pastor who thought it was a great idea.

Considering that the call to prayer came on the same week in which Special Counsel Robert Mueller spoke publicly about the investigation into Russian collusion during the 2016 election and possible obstruction of justice by the president, Graham admits that the events in Washington played a role.