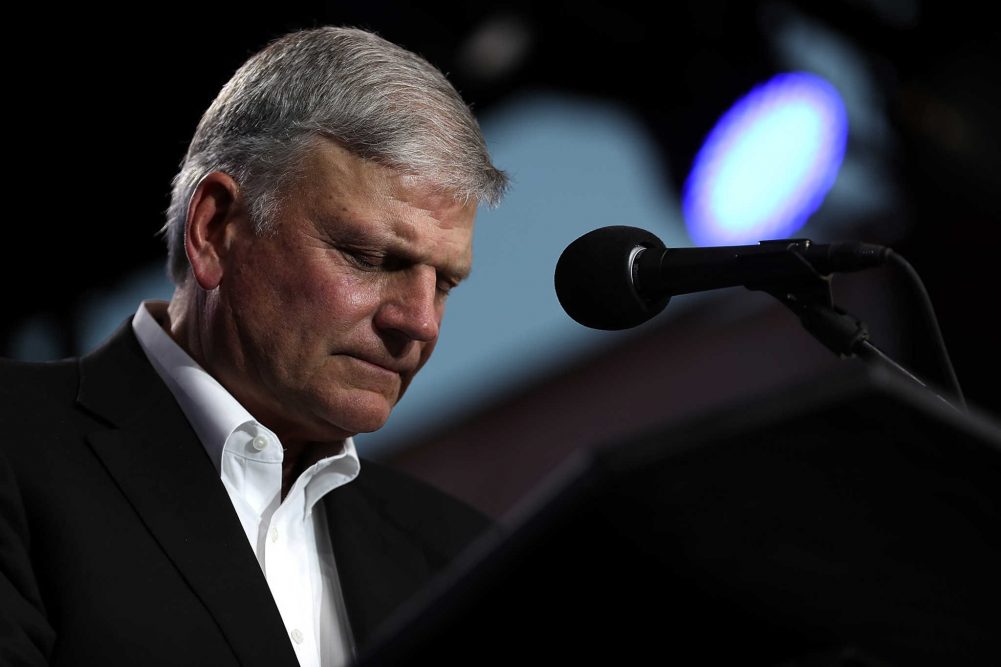 “We have chaplains who pray with every patient who comes in. The doctors and nurses pray. Our chaplains pray. And as Christians, of course, we want people to know that God loves them, He hasn’t forgotten them. And we want to lift up Christ in the middle of this,”

President Trump has praised Samaritan’s Purse for the work it’s doing in New York. Graham spoke with the president on the phone this week and said he had an opportunity to pray for the first family. “I wanted to pray for him and Melania and Barron,” Graham said. “This has been difficult for the president. I don’t know when he sleeps.

He’s been working all hours of the day and night. And I’m just concerned about him and his health. And I certainly wanted to pray for him and his family. That’s very important. He’s the leader of our nation, and he’s done an incredible job of keeping us informed. And mobilizing the government – I don’t think anybody could have mobilized the government as quickly as he had done it,” he said. Graham said he believes during this unprecedented Holy Week, God is using the COVID-19 crisis to wake up a sleeping world. “We’ve never […]

← Prev: Pray for the Democrats: Kansas Governor Laura Kelly Closes Churches for Easter But Lets Abortion Clinics Kill Babies Next: The Trump Administration Brings a Message of Hope: 'We Do Not Grieve Like Those Who Have No Hope,' Pence Says of Pandemic during Easter →