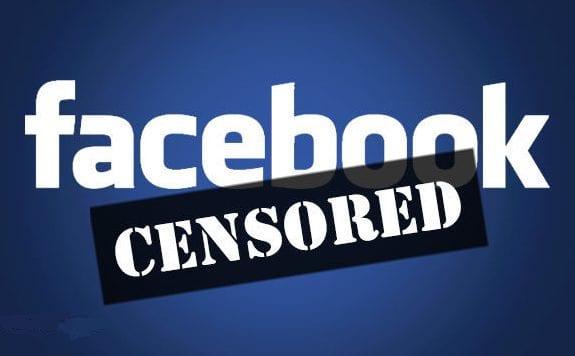 In a troubling new video released by James O’Keefe’s Project Veritas, a former Facebook employee detailed the alleged suppression of conservative content on the social media platform. Facebook has denied the allegations.

The anonymous insider, who was fired by Facebook in 2018, said she had seen “things that were going on that I personally found to be troubling.” The video, released on February 27, detailed her experience with Facebook’s ‘Deboost’ coding. According to her, Facebook has downranked and suppressed live content from conservative creators, as well as developed ways to censor “trolls” who share “toxic memes” and “red-pill normies.”

On live videos for conservative figures such as Steven Crowder and for the Daily Caller, Facebook would stamp a code on the content: ActionDeboostLiveDistribution, according to Project Veritas.

The insider said that she could find no evidence of this code on live videos for liberal outlets such as The Young Turks and Colin Kaepernick. According to the video, another current Facebook employee verified that the code limited visibility, removed sharing features, and disabled notifications.

Crowder has had issues with Facebook before that led to a settlement out of court in 2016. Gizmodo uncovered that the show Louder with Crowder had been targeted with multiple restrictions.

Facebook denied these charges. In an official statement to the Media Research Center, a spokesperson for Facebook said, “We fired this person a year ago for breaking multiple employment policies and using her contractor role at Facebook to perform a stunt for Project Veritas. Unsurprisingly, the claims she is making validate her agenda and ignore the processes we have in place to ensure Facebook remains a platform to give people a voice, regardless of their political ideology.”

Another allegation involved a post made on a Facebook employee internal page discussing that content that falls “near the perimeter of hate” must be “addressed.” An engineer, Seiji Yamamoto, wrote on the page that “troll behavior,” which included “toxic meme creation” and “red-pilling normies” could be considered “near hate.” Yamamoto suggested creating a “twilight zone” where users marked as trolls could have their content “magically vanish.”

Facebook CEO Mark Zuckerberg published a blog in 2018 where he stated that content that does not violate policy but comes close to it should be addressed. This statement seems consistent with the same reasoning as Yamamoto’s post.

A Facebook spokesperson said that Zuckerberg “did float an idea about borderline content, however that policy is not live yet and is still be [sic] defined internally.”

← Prev: Kentucky House Committee Passes Bill to Ban Abortions After Unborn Baby’s Heartbeat Begins Next: We Asked Democrat Senators if Abortion is Ever Immoral. Here’s What They Said →