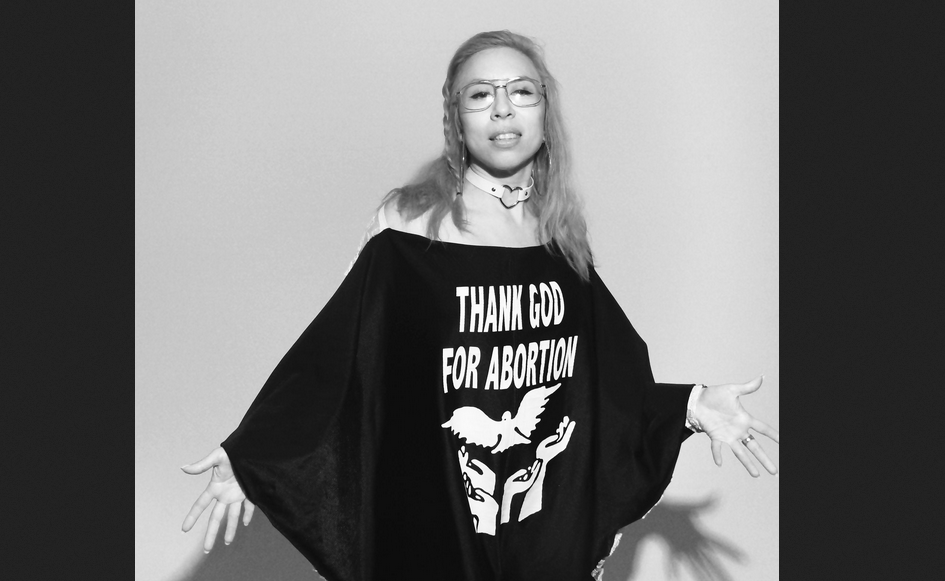 God and abortion are tied together, according to one artist who is regularly promoted by the abortion industry

Ruiz, who has served as a Planned Parenthood panelist and has displayed art exhibitions throughout New York City, is best known as the founder of “Thank God for Abortion” [TGFA].

In a video for SYA that has gone largely unnoticed, she spoke about her work. Ruiz began TGFA in 2015 as a response to the closing of U.S. abortion clinics. Her goal is to normalize abortion and combat the “dominant extreme right-wing ‘sin’ perspective [sic]” by selling T-shirts and other paraphernalia with the “Thank God for Abortion” slogan.

“‘Thank God for Abortion,’ felt like a very natural thing for me to say,” Ruiz said in an interview with artforum about her parade float in the 2018 New York City Pride March. “God loves me, and blesses the two abortions I had.”

SYA heralds Ruiz as a self-described “queer Latinx non-evil Gemini” and “prophet of a divine message.” According to the group , her work “repurposes Catholic ritual and dogma to bring spirituality and faith to people having and providing abortions.” That’s because the Catholic Church “loomed large” in Ruiz’s childhood, writer Svetlana Kitto revealed in a story published by the Cut last year. Ruiz told Kitto that she “loved church” every Sunday: “I was a lector but wanted to be an altar boy.” But, Kitto added, “Gender expression and experimentation were not exactly encouraged,” and, according to Ruiz, her “love for Jesus got beaten out” in that “misogynistic gender cage.” Today, Ruiz speaks openly about her life’s work. Wearing all white with crosses adorning […]

The abortion industry is the single most murderous entity in the universe.

As of today there were 16 million abortions worldwide.