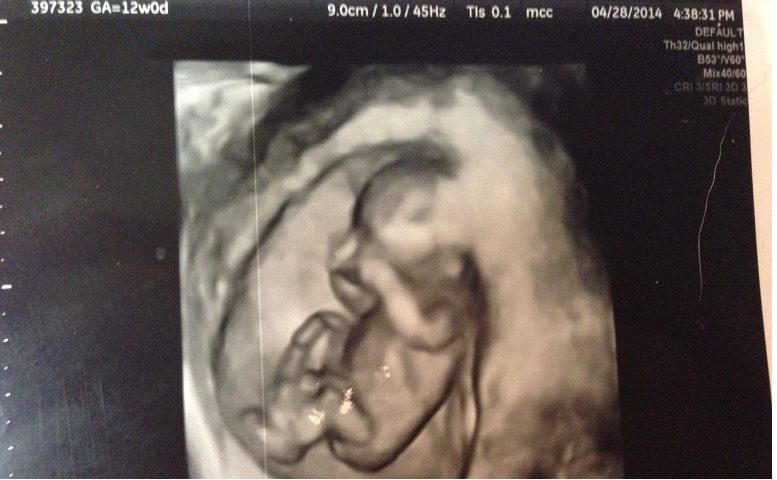 A federal appeals court has upheld a Kentucky law slowing women a chance to see an ultrasound of their unborn baby before having an abortion. Ultrasounds are generally done before abortionist to determine the age of the baby prior to the abortion, but abortion clinics normally don’t let women see their baby because they may change their mind after seeing their child.

In gutting the ultrasound law, which passed overwhelmingly, Judge Hale wrote, “The court recognizes that states have substantial interests in protecting fetal life and ensuring the psychological well-being and informed decision-making of pregnant women,” but added, “However, HB 2 does not advance those interests and impermissibly interferes with physicians’ First Amendment rights.”

But a federal appeals court disagreed.

The judges, from the 6th Circuit, ruled 2-1 that the law did not violate a doctor’s First Amendment rights to free speech, writing that the information gleaned from an ultrasound was “pertinent” to a woman’s decision-making.

“The information conveyed by an ultrasound image, its description, and the audible beating fetal heart gives a patient greater knowledge of the unborn life inside her,” wrote John Bush, a nominee of President Trump. “This also inherently provides the patient with more knowledge about the effect of an abortion procedure: it shows her what, or whom, she is consenting to terminate.”

According to the Associated Press, attorneys from the ACLU, maintained that HB 2 forces abortionists to “deliver ‘ideological’ messages to their patients, even when it’s against a patient’s wishes,” a violating of the abortionist’s’ First Amendment rights.

By contrast, Chad Meredith, an attorney for the state of Kentucky,

“All that House Bill 2 requires them to do is to turn the monitor around, show it to the patient and say ‘here is what this depicts,’” he told the court based on an audio recording. “This adds absolutely no more than five minutes to the procedure. There’s nothing unreasonable about this.”

The law would require abortion center staff to display the ultrasound image for the woman and describe the dimensions of her unborn baby and the presence of internal organs, if seen, according to the Associated Press. The bill includes fines of up to $100,000 for the first offense and $250,000 for subsequent offenses if abortion doctors violate the law by failing to give women the opportunity to see the ultrasound of their unborn child, the report states.

During consideration of the bill, state Sen. Whitney Westerfield, R-Hopkinsville, who sponsored the bill, explained why the measure was so important. He said a friend of his shared her abortion story with him and told him how an abortion clinic nurse refused to let her see her unborn child on the ultrasound screen.

“She regrets to this day not being able to see it —knowing now, feeling certain, that had she been able to see it, had she been allowed to see it — she wouldn’t have made the decision that she did,” Westerfield said. “Regardless of everyone’s position on abortion in this chamber, I think we can all agree that fewer is better.”

In attempt to mock the ultrasound bill, a Kentucky Democratic representative also introduced a bill to require men to swear on the Bible to be faithful to their wives before receiving erectile dysfunction prescriptions.

← Prev: My Birthmom Experienced the Horror of Rape and Some People Say I Should Have Been Aborted Next: Actor Dean Cain Blasts Hollywood “Bullies” Threatening Georgia For Banning Abortions →