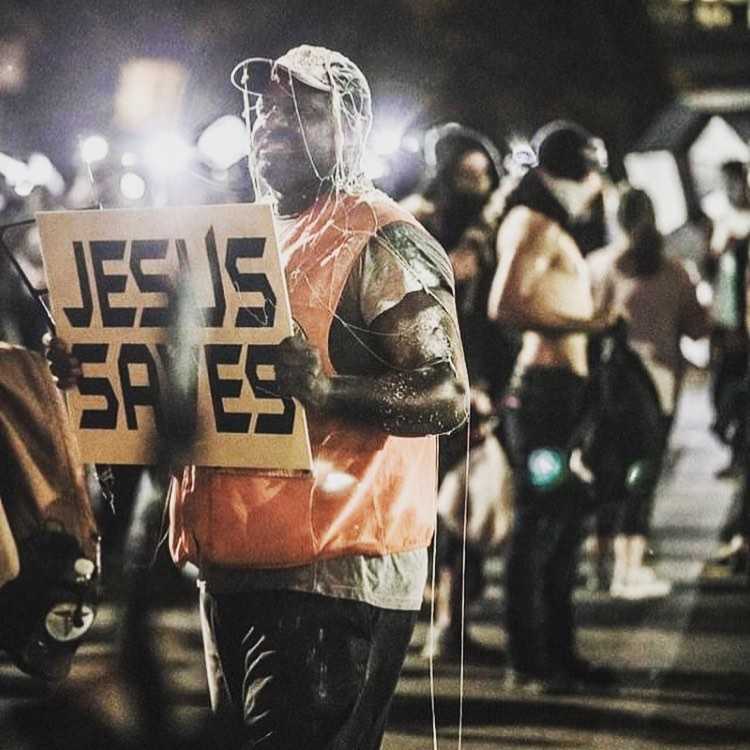 A black man who regularly preaches the gospel on the streets of Charlotte was pelted with everything from flour, soda, glitter, and silly string on Saturday by protesters who were calling for justice for mistreated African Americans. The group was also captured on video engaging in collective chants of “cops killed Jesus” and “[expletive] your Jesus.” Sam Bethea has been preaching in the open air for the past six years and has attended various demonstrations as an opportunity to declare the word of God. He previously had a lengthy criminal record, being arrested 29 times, and now wants to share the good news of salvation with the world after Christ saved him. “I do it because God called me to the streets,” Bethea told WSOC-TV. But last Monday, social justice protesters in the South End neighborhood of Charlotte didn’t appreciate Bethea “taking away from the message” that they were presented outside the Republican National Convention. They sought to try to get him to stop talking about Jesus and holding a “Jesus saves” sign as it was a distraction to their cause. “I’m trying to tell the young folks and all those protesting that He is the answer, you know? But they can’t feel it. They say the volume is too loud and they say I steal their platform and all,” he told Fox 46. “[But] if I was saying ‘black lives matter,’ [I’m sure] they wouldn’t tell me to shut up.” The protesters began swearing at Bethea and soon also threw various items upon him. A photo shared online shows Bethea standing unflinching with his sign while having silly string stringing from his head and arm, as well as flour powdering his hat and sleeve. He also showed WSOC his clothing […]

← Prev: Black Lives Matter Protesters in Oakland, California Chanting "Death to America" Just Like the Demonic Iranian Regime Next: John MacArthur says ‘There is no Pandemic’- calls it ‘Satan’s Deception’ →