Everyone Says the World is Overpopulated. But What if Everyone is Wrong? 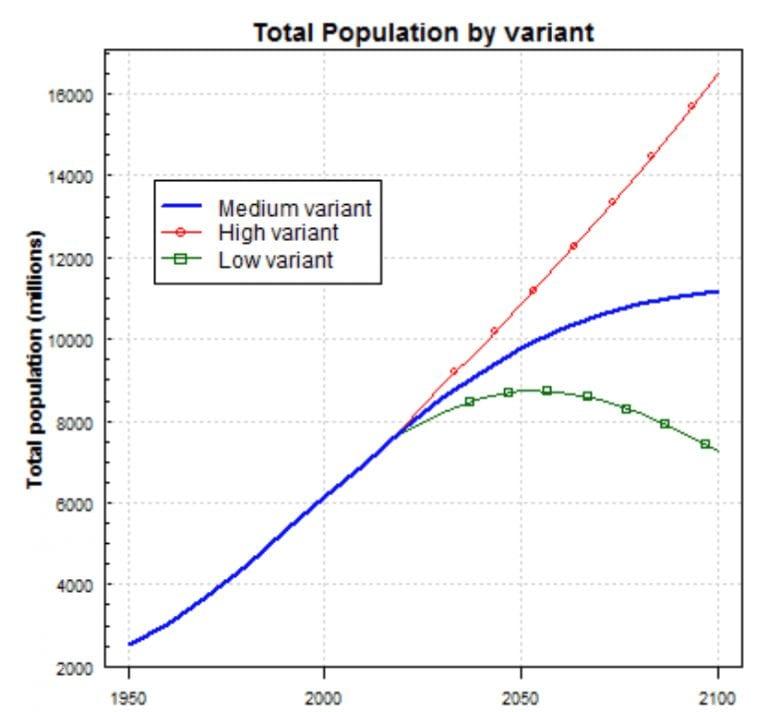 Ask anyone if the world is overpopulated, and you know what they will say.

The idea that we humans are breeding ourselves to death—and taking the planet with us–is in the air that we breathe.

It was drummed into us in high school biology, where we were told that the world is like a tiny “lifeboat.”  We have to lighten the load, our teachers told us, or the “lifeboat” will sink and we will all die.

And who can forget Al Gore’s doomsday scenario, in which he warned us that a “black hole” will engulf us if we do not stop having babies.  Armageddon, anyone?

But It’s worth thinking about what would happen if everyone actually abandoned childbearing.  Because it turns out that a lot of young people are already doing exactly that.

While on the fantasy island of overpopulation human numbers are always exploding, a close look at the real world reveals an increasingly barren reality.  Many nations, especially in Europe, are already in a death spiral, filling more coffins than cradles each year.  Listen closely, and you will hear the muffled sound of populations crashing.

The birth dearth that began in post-war Europe has now spread to every corner of the globe.  China is dying, India and Latin America are rapidly growing old, while the Middle East is barely holding its own.  Even in once prolific Africa, birth rates are in freefall.

You may be forgiven for not knowing this, because the United Nations continues to beat the overpopulation drum.  Human numbers will balloon to 9 1/2 billion people by 2050, it chants, and reach 11 or even 12 billion by 2100.

This will happen, the U. N. says, because a secret fertility rebound is brewing. Women in largely barren places like Germany, France and Japan will soon start having more children–in fact, many, many more children.  Never mind that there is zero evidence to back up such a claim, which itself seems like nothing more than a desperate attempt to breathe new life into a dying theory.

Buried in the U.N. data is another, far more accurate, projection called the “low variant.”  But because it doesn’t fit the “overpopulation” narrative, neither the U.N. nor the media gives it much airtime.

The “low variant” assumes that once birth rates go low, they stay low.  It accepts that educated, urbanized young women in Paris, London, or Tokyo who today only want one child—or none–are not suddenly going to want a second tomorrow.  Women in the rest of the world will follow, and global fertility will fall to European levels, or about 1.3 children per woman.

The bottom line: global numbers will peak at something less than 9 billion around 2050.  After that, the human die-off will begin, slowly at first, but faster and faster as the years go by.  By the end of the century, we will be back to our present numbers—about 7 ½ billion—but we will be, collectively, far older and greyer.

What this means is that our present problem is not too many babies, it’s too few babies.

Many of today’s young adults are too enamored of sex, the city, and the single life to think about marriage, much less about replacing themselves.  Education delays marriage and provides other opportunities for women besides marriage and family.  A single Swedish woman may eventually bear one child as her biological clock approaches midnight, but she is unlikely to bear a second.

For materially minded couples in countries where the state provides old age benefits and charges high tax rates in consequence, the way to get ahead is to remain perpetually childless.  The cradle to grave welfare programs that have now spread throughout the world have not merely made children superfluous to wealth, they have made children themselves the enemy of wealth. They are now, as the Chinese say, “Goods on which one loses.”

Why give up a second income to bring a child into the world who will never, at least in material terms, repay your investment?  Why provide for the future by having children to care for you in your dotage, if the government has pledged to keep you out of the poorhouse anyway?

A young Florida woman, who was commuting 100 miles a day to her well-paying job,  once complained to me about how little time she had to spend with her only child, a four-year-old son.  Perhaps she could get a job locally so she could be home more, I suggested helpfully, even though it would mean selling her expensive SUV.  “You don’t understand,” she said aghast, “My husband and I love this SUV.”

These are the calculations that are driving the old age tsunami that is about to hit the world, not just in places like New York, but in Rio and Nairobi as well.

For a long time population growth has been seen as the enemy, particularly by those who did not realize that it was a key driver of economic growth.  Now, with young people becoming a scarce resource, the linkage is clear.  Absent a nuclear war, global plague, or a collision with a comet, business from now on is primarily going to be a numbers game.

The rapid aging of the population, by reducing the amount of human capital available, will dramatically darken humanities prospects in countless ways.

Population growth has been an important escalator of consumer demand.  Try selling cars, houses, refrigerators–or anything else, for that matter–in a depopulating country.  Try seeking profitable investments in the stock market when millions of elders start slowly liquidating their IRAs and 401Ks to survive.

Some sectors, such as pharmaceuticals and health care, will still do well, but shrinking demand elsewhere will more than offset these gains.

The ranks of workers will thin with each passing year, while the number of elderly will grow. Countries will be forced to slash pensions or raise the retirement age.  Living standards may fall, and economies may well shrink.

Within the next couples of decades, the world will enter a “low-birthrate recession.”  Unlike other recessions, this one may never end.

So stop telling us that we are having too many children already.  Our long-term problem, which is now upon us, is too few children.

This is the real “black hole.”  And it threatens to devour us all.

LifeNews Note: Steven W. Mosher is the President of the Population Research Institute and the author of Population Control: Real Costs and Illusory Benefits. ← Prev: 24% of OBGYNs Have Killed a Baby in an Abortion, And the Number is Rising Next: Nicholas Sandmann Sues Washington Post for $250 Million For Smearing Him →