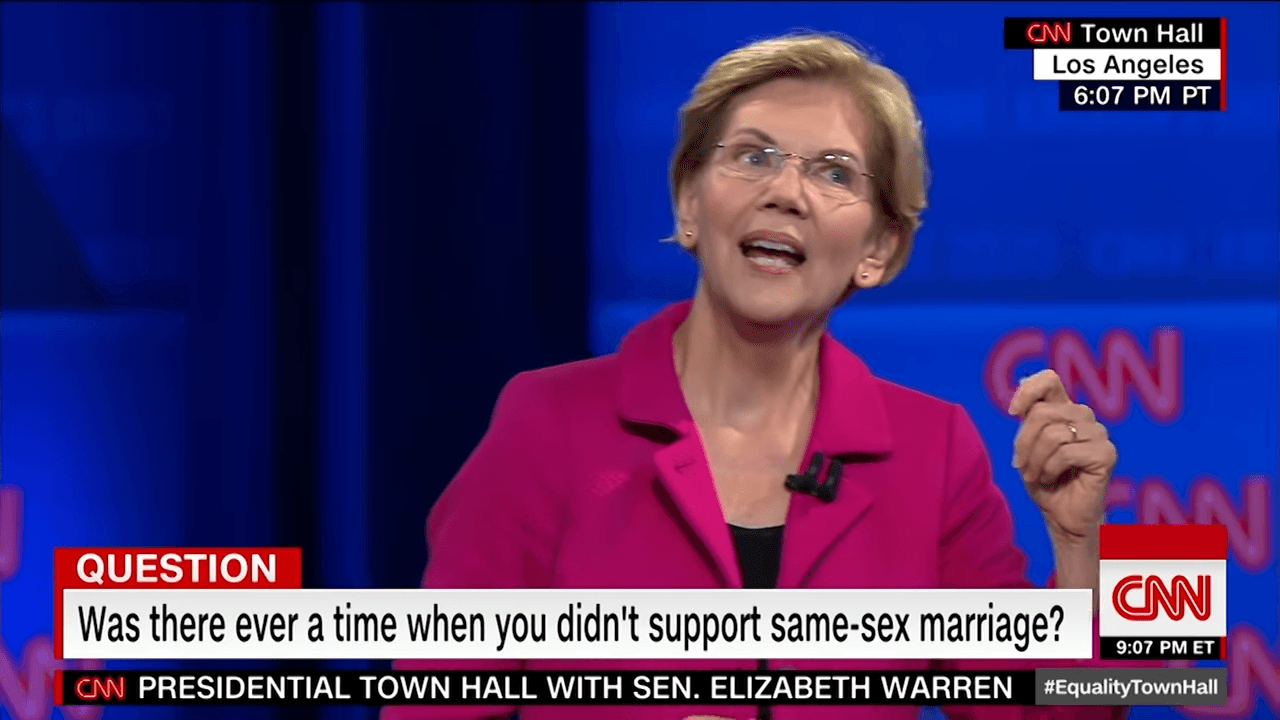 During a recent CNN so-called LGBTQ town hall meeting on Thursday night, 2020 presidential hopeful Elizabeth Warren mocked Christians who hold to the Biblical definition of marriage as being between one man and one woman and broke out into a children’s Christian song about Jesus to defend her position in support of homosexuality.

Warren, the senior U.S. Senator from Massachusetts since 2013, and who is a top contender for the Democratic Party’s presidential nomination, was asked by Morgan Cox of the Human Rights Campaign what she would tell someone who approaches her on the campaign trail that believes marriage is between one man and one woman because of their faith. “Well, I’m going to assume it’s a guy who said that and I’m going to say, “Then just marry one woman. I’m cool with that,” Warren responded. “Assuming you […]