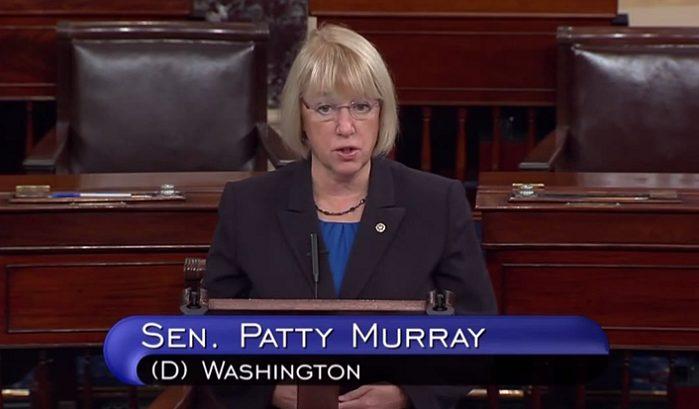 Democrat Patty Murray wasn’t happy when a pro-life Senator tried to get the Senate to vote on a bill to stop infanticide and she’s not happy now that Senate Republicans have set a date to require Democrats to vote on the measure later this month.

The Senate will cast a vote on February 25th to try to break the Democrat filibuster against a bill to stop infanticide.

Now, Murray has taken to Twitter to express her displeasure with the vote to end her filibuster of the anti-infanticide legislation:

Had Murray not objected the first time, Senate vote would have come days after New York Governor Andrew Cuomo signed into law new legislation that allows abortions up to birth and after Virginia Governor Ralph Northam backed infanticide during a radio interview — saying that he’s perfectly content if doctors and parents discuss letting disabled babies die after birth.

Sasse asked of the Senate for unanimous consent to vote on legislation that would offer them appropriate Medical Care and treatment.

Senator Ben Sasse, the Nebraska Republican who is the sponsor of the Born-Alive Abortion Survivors Protection Act, told Lifenews he appreciates the upcoming vote.

“I want to thank the Majority Leader for scheduling this vote so that every American can know where their Senator stands on the issue of infanticide. A lot of Senators spend a lot of time telling people how they fight for the little guy. Well, here’s the chance for them to prove it. We’re going to have a vote on the Born-Alive Abortion Survivors Protection Act and everyone is going to have to put their name by their vote. It’s cowardly for a politician to say they’ll fight for the little guy but only if the little guy isn’t an actual seven-pound baby who’s fighting for life. It shouldn’t be hard to protect newborn babies – let’s pass this legislation.”

Leading pro-life groups were delighted by the news.

“Pro-abortion Democrats who vote against this bill should be forced to explain why they are against giving a born-alive infant life-saving care,” said Jennifer Popik, J.D., legislative director of National Right to Life. “Pro-abortion Democrats should be forced to explain why their allegiance to the abortion industry agenda should allow a practice that is tantamount to infanticide.”

“The extreme pro-abortion agenda has been laid bare for all to see, thanks to the governors of New York and Virginia: they believe it should be legal to kill pain-capable unborn babies, for absolutely any reason, at any time up to and including the moment of their birth, and even in the moments after they are born,” Popik added. “We thank Sen. Sasse for his tireless effort to advance this critical legislation, and we thank Sen. McConnell for his leadership in bringing this issue before the Senate.”

After she blocked the initial vote, EWTN reporter Jason Calvi caught up with Senator Murray and asked her why she blocked the Senate bill to provide medical care for babies who are born alive. She said that is between a woman and her doctor.