Democrats Introduced Bill that would Make Abortion a Human Right 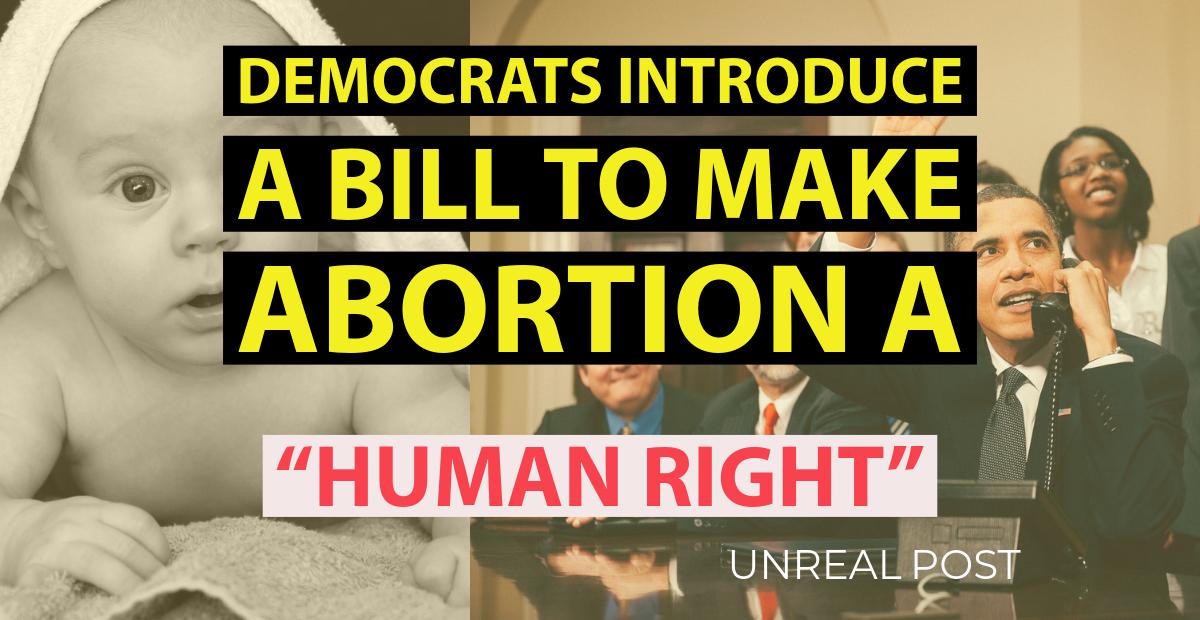 The Democrats know this is wrong at all levels (don’t think for a second that they don’t) but they don’t care and they celebrated it! This is so wicked and evil to know that at some point soon murdering unborn babies will be recognized and glorified as a “Human Right”.

‘Who knowing the judgment of God, that they which commit such things are worthy of death, not only do the same but have pleasure in them that do them.’

The Democrat party has introduced a bill that would “require the U.S. State Department to include reproductive rights in its annual human rights report,” in recognition of abortion as a basic human right.

The new bill titled the Reproductive Rights are Human Rights Act, would restore the U.N.-approved language of sexual and reproductive rights introduced by the Obama administration in 2015, a move hailed by the United Nations. At that time, deputy U.S. ambassador to the United Nations Richard Erdman said that the federal government would use the new terminology to better mesh with foreign agendas on sexual, reproductive, and women’s rights.

“Documenting and reporting human rights violations is a major part of eradicating their existence,” said Rep. Katherine Clark (D-MA), the lead sponsor of the new legislation. “This bill would ensure that our State Department maintains its vital role as an international watchdog and protector of women’s rights no matter the ideology of our White House.”

Earlier this year, the U.S. State Department announced the removal of the term “reproductive rights” from its annual human rights reports.

During a press briefing for the release of the 2017 Country Reports on Human Rights Practices last April, Michael Kozak, Ambassador of the Bureau of Democracy, Human Rights, and Labor, said that the change did not reflect “a diminishment of women’s rights” but rather was adopted in order “to stop using a term that has several different meanings that are not all the ones we intend.”

In their press release announcing the new bill, the team of five pro-choice Democrats who have proposed the legislation said they intended to counter the move by the Trump administration to distance the U.S. from international advocacy for reproductive rights, calling the measure “censorship.”

“The Trump Administration’s censorship of key elements of the State Department’s annual human rights report is outrageous,” said Rep. Eliot L. Engel (D-NY). “The deletion of reproductive rights was a clear step back from the United States’ obligation to address the full range of human rights violations around the globe.” The bill’s sponsors believe that the United States should recognize abortion as a universal human right, and push for its acceptance around the globe.