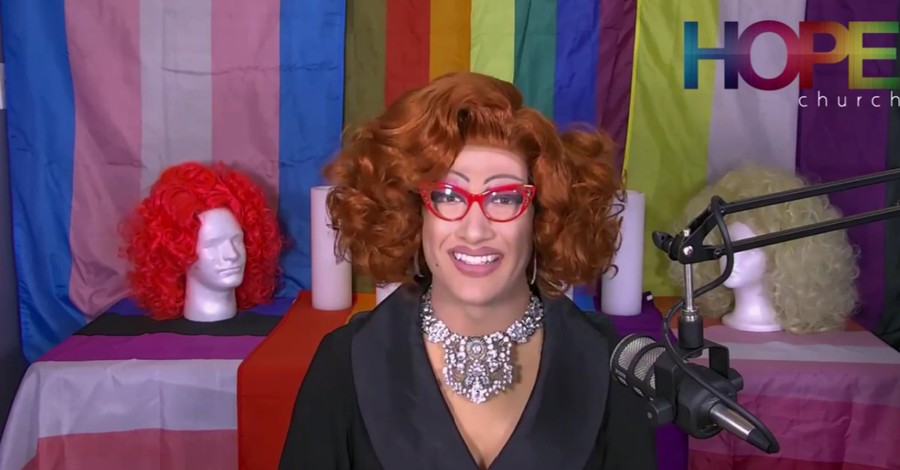 An Illinois church’s recent promotion of drag queen shows during its Sunday morning service was an example of “open revolt” against God’s intent for humanity, says a prominent author and theologian. Albert Mohler, president of Southern Baptist Theological Seminary in Louisville, Ky., says the church – Hope United Methodist Church in Bloomington, Ill. – is promoting a “different” religion than Christianity. The church was featured in an April 15 story in Religion News Service, which spotlighted 23-year-old Isaac Simmons, the church’s director of operations who goes by the name of “Ms. Penny Cost” as a drag queen. The church held a “ Drag Sunday ” on April 11 in which drag artists sang, prayed and performed. A drag speaker during the service said the goal was “celebrating and uplifting the voices of drag artistry within the church.” Drag itself, the speaker said, is “divine.” The Illinois Great Rivers Conference’s […]

← Prev: The magnitude of insidiousness in the new outdoor guidelines by the CDC is Orwellian for sure - But more than that it's Evil Next: Apostasy at Saddleback Church as they Ordain Three Women as Pastors despite God's Commands →