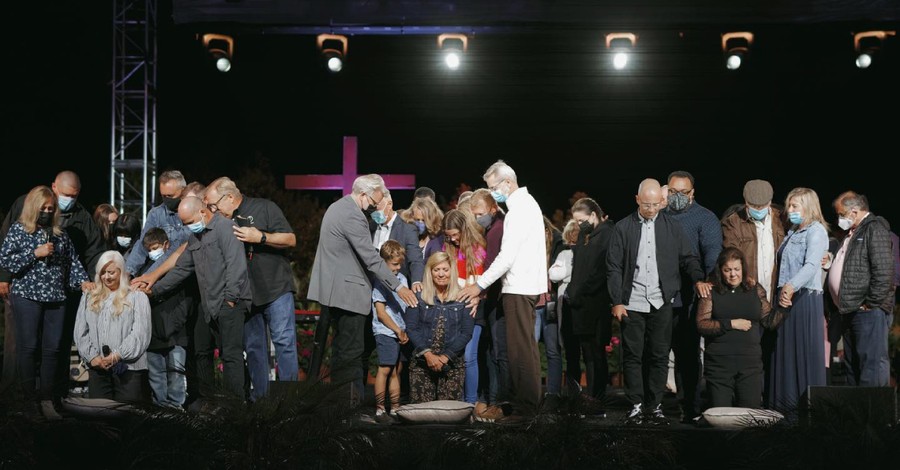 Having women Pastors is in direct opposition to God’s word. Overt mocking what the Lord has so clearly laid out as the order of things in the local Church is dangerous ground. But it is par for the course as we get closer and closer to the Lord’s return. The apostle Paul makes clear what will happen in the latter times and this is exactly what we are witnessing here with Saddleback Church and across “Christendom”.

‘Now the Spirit speaketh expressly, that in the latter times some shall depart from the faith, giving heed to seducing spirits, and doctrines of devils; speaking lies in hypocrisy; having their conscience seared with a hot iron; ‘

In 2 Timothy 4:3, we have another example of what Saddleback Church has fallen prey to…” their own desires” Why? Because of their itching ears. In other words, they no longer want to listen to what God says (no faith) and they want to do what the flesh wants to do. Notice the language, they will not ‘endure’ that implies that they at one-time grasp or had knowledge of the truth but chose their lustful desires over God’s word.

‘For the time will come when they will not endure sound doctrine; but after their own lusts shall they heap to themselves teachers, having itching ears; ‘

Scripture is clear and Lord Himself warned about deception more than anything else. And we are witnessing so much deception and when you have deception you have false teachers.

Last week, Saddleback Church, a California-based megachurch led by Pastor Rick Warren, announced its first ordination of three female pastors. According to The Christian Post , the announcement was made on the church’s Facebook page last Thursday. “Yesterday was a historic night for Saddleback Church in many ways! We ordained our first three women pastors, Liz Puffer, Cynthia Petty, and Katie Edwards,” said a post shared to the Saddleback Church Facebook page . “We commissioned three new elders, Anthony Miller, Jeremiah Goley, and Jason Williams! And we appointed Pastor Johnny Baker as the new global leader of Celebrate Recovery!” Saddleback Church is the largest church affiliated with the Southern Baptist Convention, which holds to the view that women are not to be ordained as pastors because God has called men and women to different roles. Owen Strachan, a theology professor at Grace Bible Theological Seminary, commented on the post, […]

← Prev: Church Celebrates Drag Queen Sunday: They're in 'Open Revolt' against God, "Full-blown Apostasy" Next: Here are the 7 things that define the Democrat party and just so happens to be the 7 things God Hates the Most →