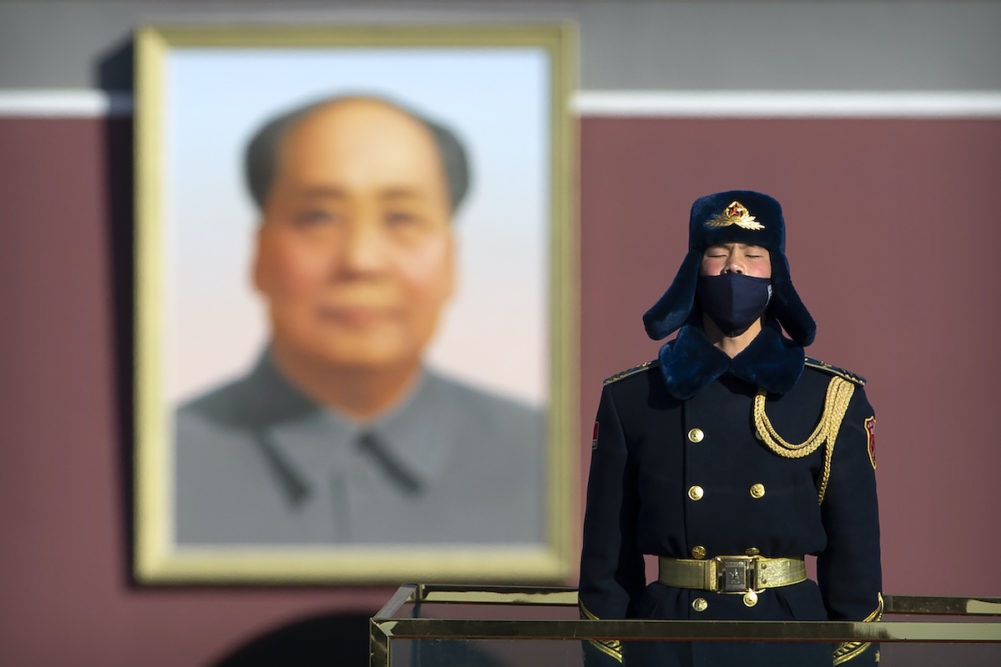 (Yes, communism is wrong, evil, and originated not by Karl Marx but from Satan himself. But the underlying issue with China is sin. The root problem is a spiritual one)

AP Photo/Mark Schiefelbein China has a long history of persecuting and oppressing religious minorities, most notably Muslims . Christians have also been targets of violence as well, with churches being crushed and destroyed . A new report from Radio Free Asia outlines serious human rights abuses allegedly happening to Christians right now, including detaining them in “secretive, mobile ‘transformation’ facilities to make them renounce their faith.” A Chinese Christian, speaking under a pseudonym in order to protect their identity, told RFA he had been held by the Communist ruling party’s “United Front Work Department” for 10 months after the government had conducted a raid on their church: “It was a mobile facility, that could just set up in some basement somewhere,” Li said. “It was staffed by people from several different government departments.” “It had its own (CCP) political and legal affairs committee working group, and they mainly target […]

Click here to view the source of this article www.faithwire.com

← Prev: A heartbreaking video shows a migrant boy abandoned at the border Next: Pro-Life Democrat Mayor Becomes a Republican: “There’s Simply No Compromise” on Abortion →