Chelsea Clinton: “I Refuse to Refer to [Pro-Life People] as Anything Other Than Anti-Choice” 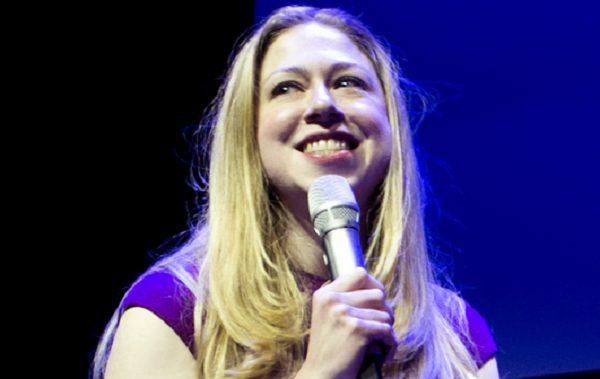 Former first daughter Chelsea Clinton interviewed Planned Parenthood president Leana Wen recently and emphasized her insistence on calling opponents of abortion “anti-choice.” Wen argued that being pro-choice is “being pro-woman” and “pro-life.” Clinton also complained that some who are opposed to abortion operate in “bad faith,” referencing remarks she had made wishing that her grandmother had had access to Planned Parenthood. She said those remarks were misrepresented.

Wen told Clinton that she believes language is important in discussions about abortions.

“I also want us to consider our choice of language when we define these movements,” the Planned Parenthood head commented. “The pro-choice/pro-life dichotomy is problematic to me.”

“I refuse to refer to the anti-choice movement as anything other than anti-choice,” Clinton replied.

Wen has made similar remarks in the past, telling Politico’s Dan Diamond recently that “it would not be accurate to say that I am a pro-abortion person,” explaining, “that doesn’t make sense to me, in the same way that you would never call a cardiologist pro-cardiac stenting, pro-cardiac surgery, I am for the full range of healthcare services that a patient needs in their lives.”

Earlier in their discussion, Clinton complained of her past remarks being misrepresented by those opposed to abortion.

“When I was on a panel recently with Cecile [Richards], I said how much I wish that my grandmother — my mom’s mom — had been able to go to a Planned Parenthood,” she remarked. “She had unwed teenage parents who abandoned her multiple times throughout her life. She had to start working to support herself before her 14th birthday. She was aware that there was something deeply unjust about her situation, dealing with questions of menstruation and reproductive healthcare without somewhere to go.”

Clinton was possibly referencing her remarks at the Women Deliver conference in 2013 where she was on a panel with former Planned Parenthood head Cecile Richards.

Clinton shared the moving story of her late maternal grandmother, Dorothy Howell Rodham. She mentioned that her great grandparents were teenage parents without access to a Planned Parenthood.

“The most profound influence in my life outside of my parents by far was my grandmother,” she told the panel, “who was born in the United States before women had the right to vote and she was born to two teenage parents who were not married, people who did not have access to the services that are so crucial that Planned Parenthood helps provide and she was abandoned by her parents twice before the age of eight.”

Clinton explained that she told the story to point out her grandmother’s determination “to create a different life for her children,” and “even though her family abandoned her she did have…inspiration, she had teachers who supported her, she had the family who she lived with who supported her.”

While Clinton is correct that she did not say anything about wishing that anyone in her family had been aborted, the story does seem to illustrate that there is hope for children deemed “unwanted” and who are born after an unplanned pregnancy without Planned Parenthood’s “services.”

Planned Parenthood is the nation’s largest abortion provider and has been responsible for 332,757 abortions in the 2017-2018 fiscal year, according to their most recent annual report.