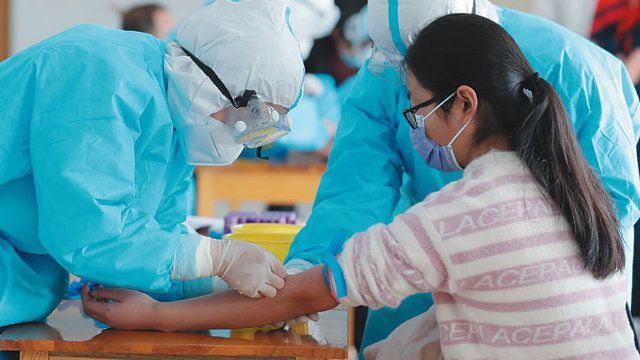 Residents with no criminal records, including children, were demanded to give blood or hair samples, without being informed how they would be used.

On June 17, the Australian Strategic Policy Institute (ASPI) released the findings of its new study, concluding that the CCP is building the world’s largest police-run DNA database. According to the report, “Chinese authorities are deliberately enrolling tens of millions of people who have no history of serious criminal activity. Those individuals (including preschool-age children) have no control over how their samples are collected, stored and used.” Earlier DNA collection campaigns in China focused on Tibet and Xinjiang, as per the report, but they were expanded in late 2017, “targeting millions of men and boys with the aim to ‘comprehensively improve public security organs’ ability to solve cases, and manage and control society.’ This program of mass DNA data collection violates Chinese domestic law and global human rights norms. And, when combined with other surveillance tools, it will increase the power of the Chinese state and further enable domestic repression in the name of stability maintenance and social control.”

Bitter Winter has recently received information that proves that the regime continued the mass collection of DNA samples even during the coronavirus outbreak, primarily in rural areas.

On March 15, residents of a village in Pingle county of Guilin, a prefecture-level city in the Guangxi Zhuang Autonomous Region, were told by local officials to go to the village committee office the next day to give blood samples. Those who refused were threatened to “have problems with the government and the police in the future” or have their pensions revoked.

“Four police officers and four doctors were in the office that day, with tissues, glass bottles, syringes, iodine, and other medical items arranged on four tables,” a village resident recounted to Bitter Winter. He added that while he waited in line, his detailed personal information was registered. He was told that the reason for the blood testing was to “find trafficked children and women more easily in the future.”

On March 31, residents of a village in Guilin’s Lipu county were also ordered to give blood samples to “prevent children from being lost” and “help find lost people with dementia.”

On February 27, assistant officers from the Zhukou police station in Taining, a county in the southeastern province of Fujian, came to Youyuan village to collect blood samples from every villager who was at home that day. “To help find missing people more easily,” they explained.

A local government employee told Bitter Winter that the collection of blood samples in the county started in October 2018. “If the government wants to do this, who dares to challenge it?” he said.

A student from another school in the county told Bitter Winter that over 900 boys had to give their blood samples on December 20. One of the students asked his teacher to be excused because he gets sick when seeing blood but was told that “everyone must have their blood tested.”

“The school did all this without the consent of children or their guardians, and allowed the police to test their blood arbitrarily,” a parent of one of the students voiced his concerns. “It is illegal and violates human rights. Teachers blindly followed officers’ orders, even though they are not professional medics. What should we do if our kids are infected with some virus? We also don’t know what is going to be done with these blood samples.”

In some cases, people are also asked to give saliva, hair, and other biometric samples, without being notified how they will be used.

A woman from the southern province of Guangdong told Bitter Winter that the police collected samples of the hair at her workplace “for testing.” “Officers cut our hair, taking photos of it next to our ID cards,” she remembered. “They didn’t tell us why our hair was tested, and we haven’t been informed about the results of this ‘test’ yet. The government lacks transparency.”

A middle school student from the southeastern province of ​​Guangdong had his hair sample taken as well. “Officers cut the hair and took fingerprints of all students in my class and told us that this was needed for some experiment,” he said. “We had to register our name, date of birth, and home address.”