Catholic New Mexico Gov Upset That Abortion Up to Birth Bill Was Defeated: “It’s Inexplicable to Me” 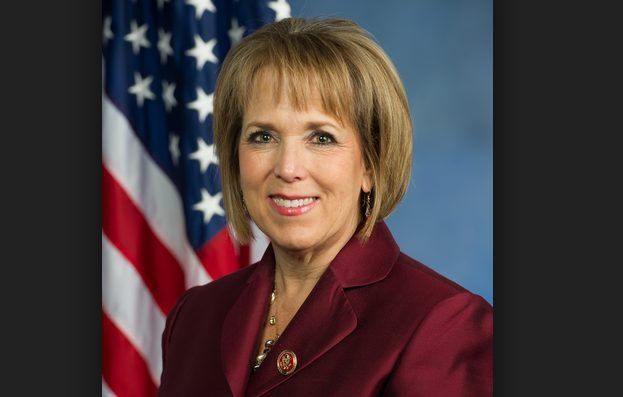 New Mexico’s bill was supposed to be a slam dunk. But after New York, nothing on abortion is a sure thing — not anymore. In a country that saw a 17-point jump in the number of pro-lifers since January, it’s no wonder that state Democrats are taking a good hard look at their positions, especially on late-term abortion. Americans have changed — and it looks like smart politicians are changing with them.

No one was more surprised by Thursday night’s vote than Governor (and abortion extremist) Michelle Lujan Grisham (D). After the House had sent the bill on with a 40-29 vote, the Democrats’ stranglehold on the Senate was supposed to mean that the New York-style H.B. 51 was a done deal. But despite the party’s 26-16 edge, the vote fell far from party lines. In a stunning victory for pro-lifers, eight Democrats crossed over — killing a bill that would have legalized infanticide and given abortionists the right to destroy babies up to the moment of birth.

Governor Grisham, who hadn’t counted on the intense lobbying from pastors and state conservatives, was astounded. “That… it was even a debate, much less a difficult vote for some senators, is inexplicable to me,” she told reporters. By a 24-18 tally, Democratic Senators Pete Campos, Carlos Cisneros, Richard Martinez, George Muñoz, Senate President Pro Tem Mary Kay Papen, Ramos, Clemente “Meme” Sanchez, and John Arthur Smith proved what a complicated issue abortion is becoming — even in liberal states.

During an emotional debate, some Democrats struggled to come up with a reason why New Mexico should leave perfectly healthy babies on a hospital table to die. Senator Ramos of Silver City told his chamber, “This is one of the toughest decisions any of us will ever have to make.” But, he went on, “I stand unified against legislation that weakens the defense of life and threatens the dignity of the human being.” While others sometimes spoke through tears, the tension inside the Democratic caucus was obvious.

In one strained exchange, two Democrats squared off against each other. Senator Jerry Ortiz y Pino of Albuquerque quoted St. Antoninus to justify why Catholics should feel free to vote for the bill. “The importance of individual choice is what the church has always taught,” he said. Senator Ramos demanded to know which Catholic Church he was talking about. “Mine does not approve of abortion,” Ramos said. Then, to his colleagues he said simply, “Vote your conscience.”

Thank goodness many did. Their courage dealt one of the most significant blows of the year to the extreme abortion camp. When she was asked, one dazed senator could only say, “We did expect more to be voting in favor — and it didn’t turn out that way.” Deep blue states like Maryland and Virginia share her surprise. There, similar proposals have been shelved because of the intense divides on late-term abortion. Even in Illinois, whose governor is vying to be the “pro-abortion state in the union,” a New York-style measure stalled after four cosponsors asked to be removed from the bill.

The landscape is shifting — and fast. In a country where outlawing third-trimester abortion is a 70-percent issue for pro-choicers, it would appear that Hill Democrats aren’t just outside the mainstream. They’re in no man’s land. These Members of Congress need to hear from you! Check out EndBirthdayAbortion.com and tell them to take action.

LifeNews Note: Tony Perkins is the president of the Family Research Council.

← Prev: 91 Babies Saved From Abortion During 40 Days for Life Prayer Campaign, So Far Next: Two Catholic Priests Go Inside Abortion Clinics to Save Babies From Abortion →