Catholic Cardinal Slams Illinois Bill to Legalize Abortions Up to Birth: “An Attack on Human Dignity” 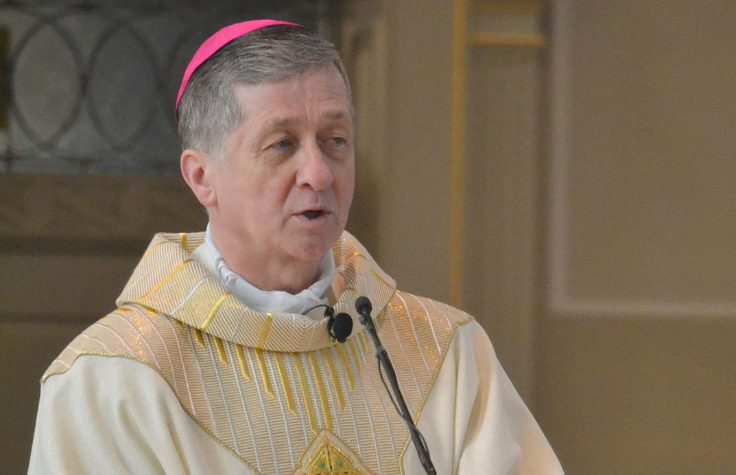 The Illinois bills are even more extreme than the pro-abortion law that passed in New York earlier this year. They would declare the killing of an unborn baby a “fundamental” human right and strip away basically every limit on abortion in the state.

On Thursday, Cupich and the six other Catholic bishops in the state held a press conference to speak out against the pro-abortion legislation, according to the Chicago Sun Times.

“This morning I come to question the unlimited right of one human being to end the life of another,” Cupich said during a press conference in Springfield. He slammed the legislation as “the latest attack on human dignity.”

“This is a fundamental question that should be well considered before such important legislation is voted on,” Cupich said. “Who lives? Who dies? who decides?”

Cupich said the state and its leaders “have not only a responsibility but also a vested interest in defending the sacredness and value of every human life.”

Cupich’s plea for state lawmakers to reject the measures comes days after a letter appeared in church bulletins across Chicago, urging parishioners to reach out to lawmakers.

“As citizens of a state and people of faith who care about the common good, I urge you to join me and my brother bishops in an effort to defeat this radical departure from current law and practice in our state,” Cupich wrote in the March 23rd letter.

The state Reproductive Health Act (House Bill 2495) would establish “the fundamental rights of individuals to make autonomous decisions about one’s own reproductive health [including] to have an abortion.” This means without restriction, for any reason up to birth.

It would allow non-doctors to abort unborn babies, and would strip away conscience protections for medical professionals who oppose abortion. Private health insurance plans would be required to cover abortions, and the already very limited safety regulations related to abortion in Illinois would be gone.

A second bill would repeal the state law that requires girls under 18 to inform a parent prior to having an abortion.

Outrage over the extreme abortion expansion is growing. Last week, so many Illinoisans crowded into the state capitol in protest of the bill that police had to shut down the building temporarily due to overcrowding.

According to Illinois Right to Life Action, more than 10,000 people also have filed witness slips against the legislation – the strongest opposition that pro-life lobbyist Ralph Rivera said he has ever seen.

Polls show that the public does not support such radical proposals. A recent national poll by Marist University found that three in four Americans (75 percent) say abortion should be limited to – at most – the first three months of pregnancy. This includes most Republicans (92 percent), Independents (78 percent) and Democrats (60 percent).