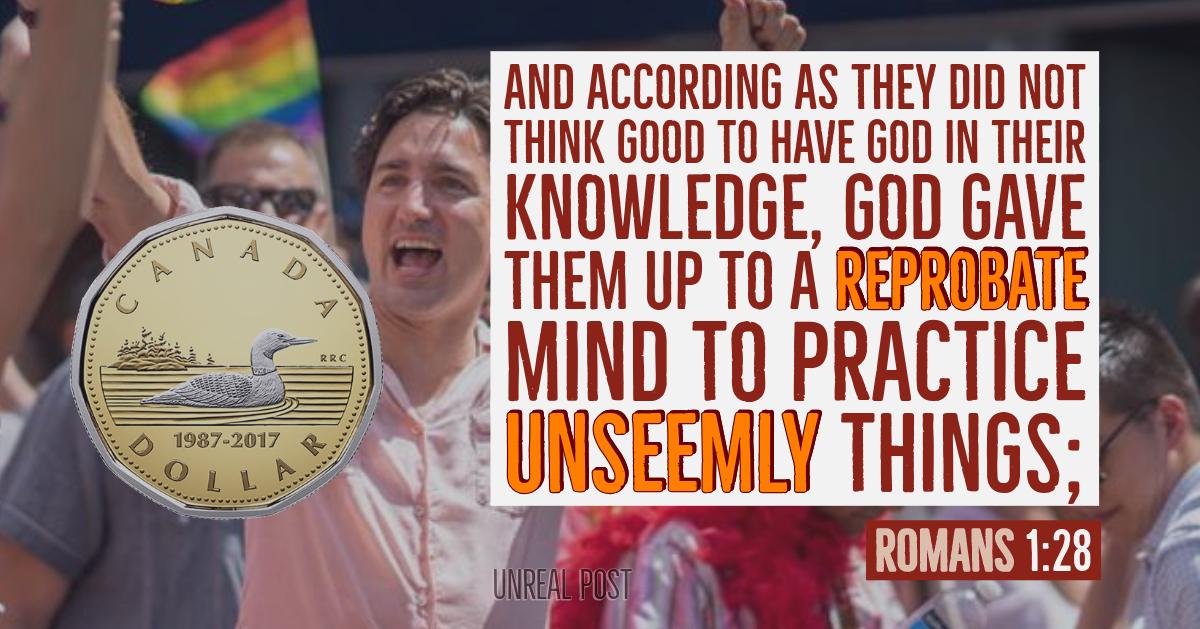 This has to be the first time in human history that a Country is making the vile, unnatural, and abhorrent act of sodomy into a government-issued currency. Sick!

Celebrating a Crime Against Nature is “Loonie”

Canada’s one-dollar coin, or “loonie”, as it is popularly known in Canada, was originally, and is normally, engraved with the head of the monarch and the image of a common loon (bird) on the reverse.

A number of commemorative loonies have been struck since the coin was introduced in 1987, usually to celebrate sporting events, like the Olympics or the centenaries of such cultural icons as the Montreal Canadians hockey team, the Navy, and women’s right to vote.

Sodomy is an Abomination to the Lord

Sodomy is a word derived from the true story of Sodom and Gomorrah found in the first book of the Bible Genesis chapters 18 and 19.

The unnatural act of homosexuality produces an uncontrollable lust the defies the natural order established by God.

In Genesis 19:11, the uncontrollable lust of homosexuality is on full display. When a crowd of men, young and old alike attempt to break down the doors to Lots house. They wanted to sodomize the men that were inside. These two men were actually angels sent by God. The two men blinded the crowd of men supernaturally and even after being blinded they continued to seek after the two men.

The story of Sodom and Gomorrah is one steeped in unnatural human behavior. With homosexuality being the celebrated practice City wide. The parallel to the Canadian government commemorating Sodomy with a government issued gay coin is undeniable.

To learn more about Sodom and Gomorrah read Genesis 19:1-29. We also recommend reading “Is homosexuality a sin?”.