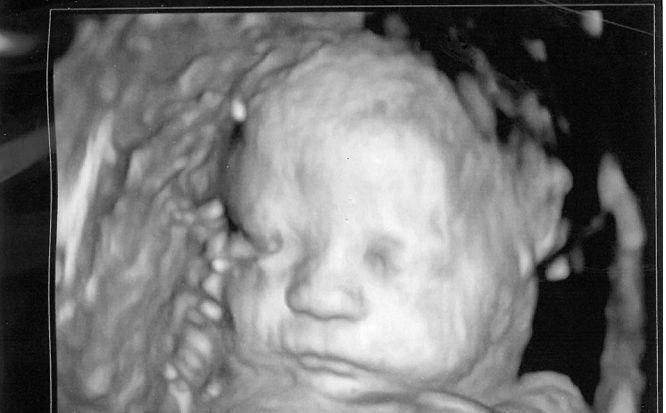 Just in time to benefit the radical pro-abortion policies of a Biden/Harris ticket – which many have called the most pro-abort political platform in American history – lefties at The New Yorker published a piece on a study saying the “95% of women” who had abortions said it was the “right decision” thing for them.

Well isn’t that just swell? We killed our kids and we just want to say it was the best choice for us at the time. That’s nice, Karen. We’re glad you made the right choice.

On September 3, the magazine published a story about the “Turnaway Study,” published by a “reproductive health” research team at the University of California San Francisco. It was a multi-year study of a two groups of women: one set of which had abortions, and the other were seeking abortions, but were denied.

The official study’s research dump detailed that its trial began in 2008 with getting abortion facilities around the country “to recruit about 1,000 women who sought abortions, some who received abortions because they presented for care under the gestational limit of the clinic and some who were ‘turned away’ and carried to term because they were past the gestational limit.”

UCSF researchers would interview said women multiple times over the course of five years just to see how their lives were faring after having or being denied their abortions. Of course the study found that the overwhelming majority of women who got abortions were happy that they did. The study recorded, “We find that 95% of women report that having the abortion was the right decision for them over five years after the procedure.”

Well, who wouldn’t be convinced? Except, of course, the kind of cynic who realizes that abortion mills aren’t about to “recruit” anyone who wouldn’t play ball with a study that helps their bottom line.

Fortunately for the gang at UCSF, The New Yorker’s Margaret Talbot isn’t such a cynic. She believes she’s finally found “the study that debunks most anti-abortion arguments.” Forget that main anti-abortion argument, which is that you’re killing a human baby, which is barbaric and just about one of the worst atrocities anyone can imagine.

Of course, Talbot’s piece focuses on the perspective of abortion’s convenience rather the larger philosophical idea that you’re ending a human life. And convenience is all in our morally bankrupt age. “Ninety-five per cent is a striking figure. And it’s especially salient, again, in light of anti-choice arguments, which often stress the notion that many of the quarter to third of all American women who have an abortion will be wracked with guilt about their decision.”

Talbot’s faith that abortionists would offer up a random sample of their clients is almost touching. A plumber is under no obligation to offer testimonials from customers whose basement they flooded. And pro-lifers offer the argument that women regret abortion as an added deterrent rather than the main principle of the pro-life belief: that an unborn child has the same right to life as any other human outside of the womb and that abortion is taking an innocent life.

Sure, as the “Turnaway Study” claims, women who were denied the procedure are “more likely to experience serious complications from the end of pregnancy including eclampsia and death, more likely to stay tethered to abusive partners, more likely to suffer anxiety and loss of self-esteem in the short term after being denied abortion,” and are “less likely to have aspirational life plans for the coming year.”

That’s sad. But even if you could be sure that having an abortion guaranteed a feminist happily-ever-after, it would not justify killing a baby. Heaven forbid you have to put your life on hold for “the coming year.” Just make sure your kid’s is snuffed out for all time.