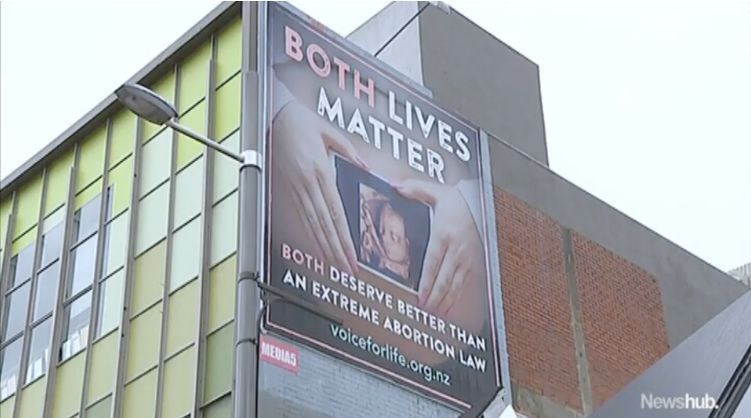 A pro-life billboard in New Zealand has some Black Lives Matter activists upset because it uses the phrase “Both Lives Matter” in reference to a mother and her unborn baby.

The billboard displays the phrase “Both Lives Matter” along with the image of a pregnant mother holding an ultrasound photo of her unborn baby against her stomach. Under the image is the pro-life organization’s website and the phrase, “Both deserve better than an extreme abortion law.”

“I’m disgusted this was allowed to be put up. And with that ‘slogan’ in this time?? The undertone is distasteful it’s not right man,” a Black Lives Matter activist wrote online, sharing a photo of the pro-life billboard.

The post received hundreds of negative comments from fellow activists. Many expressed outrage that pro-lifers would use similar language to defend the lives of unborn babies from abortions. Some commenters even suggested trying to vandalize or remove the pro-life advertisement in Wellington, according to the report.

But, according to the local news, the billboard has been up since October 2019 — long before the recent protests over the death of George Floyd began.

Voice for Life, the oldest and largest volunteer pro-life organization in the country, is sponsoring the ad campaign. The organization has been raising awareness about extreme pro-abortion legislation that would expand the killing of unborn babies in New Zealand.

For months, the pro-life organization has been facing complaints about its billboard campaign.

The Advertising Standards Authority Complaints Board heard one complaint last fall, alleging the ad was offensive and could lead to harassment of women seeking abortions, according to the report.

However, the board rejected the complaint, noting that differing political ideas should be “encouraged” as an “essential and desirable part of the functioning of a democratic society,” the report states.

The advertising company said the ad campaign is scheduled to end later this week.

The Black Lives Matter organization actually supports abortion, even though it destroys more black lives than any other cause. In the United States alone, since 1973, more than 20 million unborn black babies have been killed in abortions. ← Prev: CNN Blames Coronavirus on President Trump: He’s a “Cult Leader Who is Jumping Off the Cliff” Next: Pro-Life Group Endorses Trump: “Most Pro-Life President in the History of the United States” →