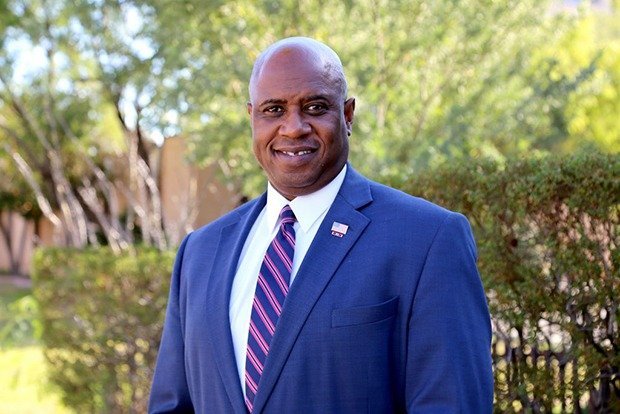 Walt Blackman The only African American Republican in the Arizona Legislature told a conservative radio host that the Black Lives Matter movement is a terrorist organization.

“This is my thought on Black Lives Matter – first of all, it’s a terrorist organization because it’s been deemed, or it’s been identified by the FBI already,” Rep. Walter Blackman told the local Fox News Radio affiliate KFYI on June 3.

Antifa is an umbrella term for far-left-leaning militant groups that resist neo-Nazis and white supremacists at demonstrations.

President Donald Trump, U.S. Attorney General William Barr and others have tried to blame some of the civil unrest in recent weeks on left-wing extremist groups, including Antifa, and other “anarchists.” Blackman chided Superintendent of Public Instruction Kathy Hoffman for supporting Black Lives Matter and compared her support to a governor who supports the Ku Klux Klan. Blackman said the protests over George Floyd’s death at the hands of police in Minnesota have been “hijacked by liberal-left extremists.” The radio segment was only seven minutes long, shorter than the amount of time a police officer’s knee was on Floyd’s neck. Tiera Rainey, a member of Black Lives Matter in Tucson, said she thinks Blackman’s comments will distract people from the larger conversation. “Rather than listening to what is a pretty diverse cadre of voices, it’s singling out a very particular movement in a way to disrupt our voice,” Rainey said. Even though Blackman happens to be black, Rainey said it’s important to understand that all black people are not of one mind. “Representative Blackman is completely entitled to his perspective as a black person as is the Black Lives Matter movement,” she said. Blackman did […]

Click here to view the original web page at azcapitoltimes.com

← Prev: Moronic Behavior by Phoenix Police: 'We hear you': Phoenix Police march and take a knee in solidarity with protesters Next: Trump Administration Rejects UN Agreement for Coronavirus Assistance That Promotes Abortion →