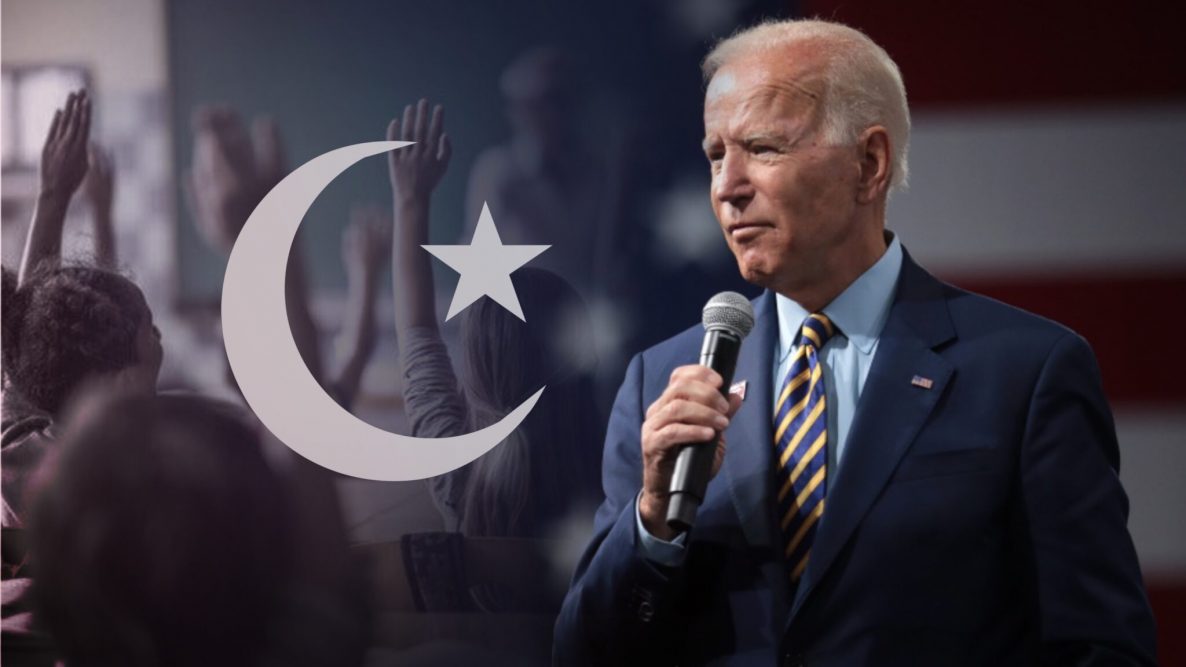 Presumptive Democrat presidential nominee Joe Biden told attendees at the Muslim Voters Summit this week that more should be taught about Islam in our public schools. Biden included Islam as one of the “great confessional faiths” and said, “I wish we taught more in our schools about the Islamic faith. I wish we talked about all the great confessional faiths. It’s one of the great confessional faiths.” The online summit was hosted by Emgage Action, a political action group that endorsed Biden in April, and that hopes to turn out a million Muslim voters for Biden in November. A number of Muslim American officials , including Rep. Ilhan Omar (D-MN), Minnesota Attorney General Keith Ellison, and Rep. Andre Carson (D-IN) signed a letter organized by Emgage Action endorsing Biden on Monday. “We all come from the same root here in terms of our fundamental basic beliefs,” Biden told the Muslim summit, “and I just want to thank you for giving me the opportunity, for being engaged, for committing to action this November.” But not everyone agrees that Islam should be lumped into the same so-called confessional-type faiths as Christianity and Judaism. One major concern is Islam’s historic effort to dominate to the exclusion of all other religions. In a piece about the push to get Muslims elected to public office, published last week by Robert Spencer, he quotes the co-founder of the Council on American-Islamic Relations (CAIR), Omar Ahmad, as saying: “Islam isn’t in America to be equal to any other faith, but to become dominant. The Koran, the Muslim book of scripture, should be the highest authority in America, and Islam the only accepted religion on Earth.” Spencer says when confronted about these words, Ahmad vehemently denied saying them. […]

← Prev: Ted Wheel is a Liar: ‘He’s Lying’: Eyewitness Calls Out Portland Mayor Over Fabricated Tear Gas Incident Next: Federal officers in Portland may have been permanently blinded by lasers – attacked with fireworks →