Babies in the womb ‘smile’ for carrots and grimace for greens, scans show 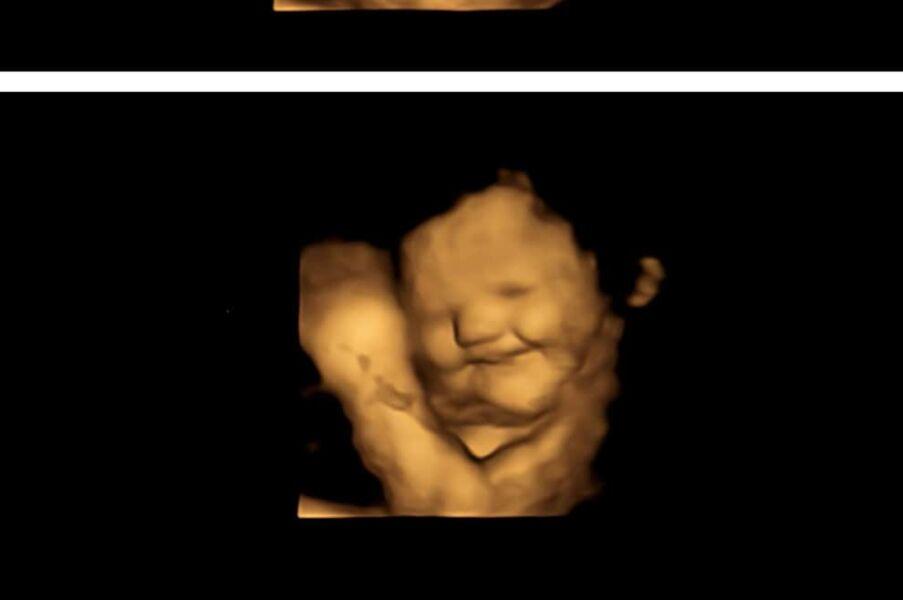 Babies in the womb react to what their mothers eat and grimace when they taste and smell greens but smile for carrots, researchers have found

For the first time, scientists recorded evidence that babies react differently to various smells and tastes while in the womb by recording their facial expressions. Experts from Durham University took 4D ultrasound scans of 100 pregnant women to study how their unborn babies responded after being exposed to flavours from foods eaten by their mothers. They looked at how the foetuses reacted to either carrot or kale flavours a short time after the flavours had been ingested by the mothers. Foetuses exposed to carrot showed more ‘laughter-face’ responses while those exposed to kale showed more ‘cry-face’ responses.

Their findings could further understand of how human taste and smell receptors develop, the university’s Fetal and Neonatal Research Lab said. They also believe what mothers eat during pregnancy could influence babies’ taste preferences after birth and might have implications for establishing healthy eating habits. It is thought foetuses experience flavour by inhaling and swallowing amniotic fluid in the womb. Postgraduate Beyza Ustun, who led the research, said: “A number of studies have suggested that babies can taste and smell in the womb, but they are based on post-birth outcomes while our study is the first to see these reactions prior to birth.

“As a result, we think that this repeated exposure to flavours before birth could help to establish food preferences post-birth, which could be important when thinking about messaging around healthy eating and the potential for avoiding ‘food-fussiness’ when weaning.

“It was really amazing to see unborn babies’ reaction to kale or carrot flavours during the scans and share those moments with their parents.” Mothers were scanned at 32 and 36 weeks of pregnancy to see foetal facial reactions to the kale and carrot flavours. Mothers were given a single capsule containing approximately 400mg of carrot or 400mg kale powder around 20 minutes before each scan and did not consume anything with a flavour for an hour before.

Facial reactions seen in both flavour groups, compared with foetuses in a control group who were not exposed to either flavour, showed that exposure to just a small amount of carrot or kale flavour was enough to stimulate a reaction.

Co-author Professor Nadja Reissland, who heads the Fetal and Neonatal Research Lab, said: “This latest study could have important implications for understanding the earliest evidence for foetal abilities to sense and discriminate different flavours and smells from the foods ingested by their mothers.”

The Bible declares that God created each and every one of us. And that He knew each one of us before He created us. The word of God has much to say about babies and the preborn. Below are just a few passages that make it clear that the preborn are all alive and fully functioning human beings in the womb.

‘“Before I formed you in the womb I knew you; Before you were born I sanctified you; I ordained you a prophet to the nations.”’

Psalm 139:13-16
For you formed my inward parts; you knitted me together in my mother’s womb. I praise you, for I am fearfully and wonderfully made. Wonderful are your works; my soul knows it very well. My frame was not hidden from you, when I was being made in secret, intricately woven in the depths of the earth. Your eyes saw my unformed substance; in your book were written, every one of them, the days that were formed for me, when as yet there was none of them.

Isaiah 44:24
“Thus says the Lord, your Redeemer, who formed you from the womb: ‘I am the Lord, who made all things, who alone stretched out the heavens, who spread out the earth by myself.’”

‘Behold, children are a heritage from the Lord , The fruit of the womb is a reward. Like arrows in the hand of a warrior, So are the children of one’s youth. Happy is the man who has his quiver full of them; They shall not be ashamed, But shall speak with their enemies in the gate.’

← Prev: Huge 7.6 Magnitude Earthquake Hits Mexico Causes Tsunami Alert on United States Southwest Coastline. Next: Full-Scale "Christian Persecution" is Close at Hand for America – The FBI Raids the Home of a Pro-Life Believer with Guns Drawn as the Family Watches in Horror →