Massachusetts Rep. Ayanna Pressley wants to force American taxpayers to pay for the killing of unborn babies in abortions 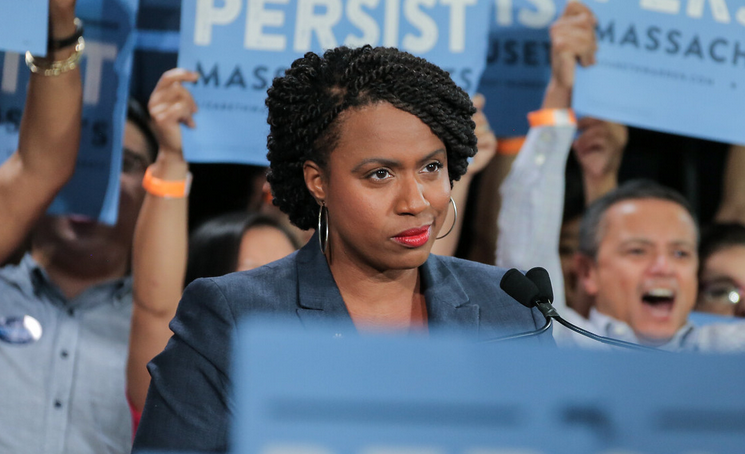 And she believes it is “oppression” not to.

In a column at Medium this week , the pro-abortion Democrat lawmaker demanded that Congress end Hyde Amendment, a decades-old ban on taxpayer-funded abortions that has saved millions of babies’ lives. Pressley said the Hyde Amendment oppresses poor and minority women, and Democrats must fight to end it. “For more than four decades, the Hyde Amendment has banned access to abortion for low-income people who receive health insurance coverage through Medicaid,” she wrote. “These abortion bans have disproportionately impacted Black, Latinx, Indigenous and other communities of color, perpetuating cycles of poverty and economic inequality.” Speaking in almost pro-life terms, Pressley claimed forcing taxpayers to fund abortions would “affirm the dignity and worth of all people, no exceptions.” Except, of course, she excluded babies in the womb who could be slaughtered at an even greater rate if she succeeds. “Without a doubt, now is the moment to dismantle systems of oppression and take a stand against racist and discriminatory policies,” she continued. “Make no mistake, access to healthcare and specifically abortion care is a racial justice issue.” On Thursday, she joined fellow U.S. Reps. Barbara Lee, Jan Schakowsky and Alexandria Ocasio–Cortez in filing an amendment to repeal the Hyde Amendment. Pressley urged other Democrat lawmakers to support their effort “like lives depend on it, because they do.” Click here to sign up for pro-life news alerts from LifeNews.com Lives do depend on the Hyde Amendment. According to the Charlotte Lozier Institute, the amendment has saved an estimated 2,409,311 unborn babies’ lives since 1976. When taxpayers are forced to fund abortions, abortion numbers increase. In Illinois, for example, abortion numbers spiked after the […]

True to their Satanic nature Democratic Representative Ayanna Pressley is trying to force American citizens to pay for abortions because it’s oppressing women not too.  Just another reminder to American’s and the world just how sinister and evil they are. By doubling down on their gospel of death, during a time when the whole world is working hard to save lives.

ONE VERSE IN SCRIPTURE DEFINES THE DEMOCRATIC PARTY.