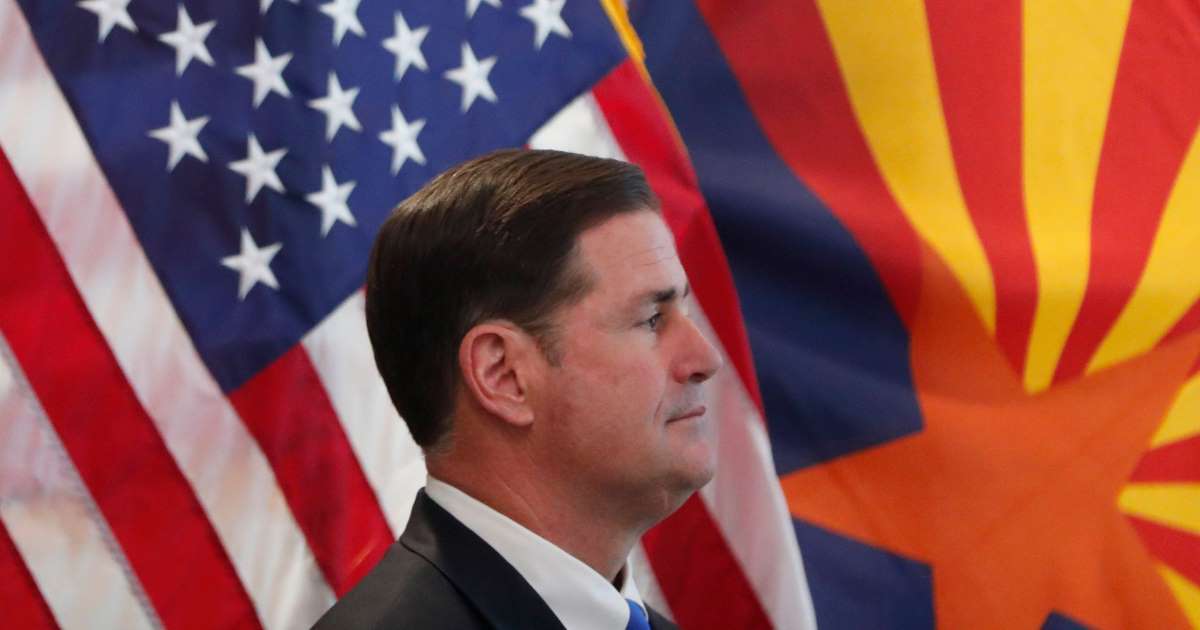 An extended stay-at-home order issued last week by Arizona Gov. Doug Ducey is not going to make two Arizona sheriffs change the way they go about their jobs

“I’m looking at two laws in each hand [and] going with the one that’s 200 years old rather than two days old.” Lamb said he was not picking a fight with the governor.

The order that extended the stay-at-home order through May 15, with some modifications, allowed business owners some freedoms but also called for violators to face punishment.

Sheriffs Mark Lamb of Pinal County and Doug Schuster of Mohave County each said they would urge people to protect their health, but would not arrest anyone violating the order, according to the Arizona Republic. Lamb and Schuster are just the most recent sheriffs to announce they were parting ways with the governor of their state. In mid-April, for instance, four sheriffs in upstate Michigan — three Republicans and a Democrat — issued a joint statement saying the would not enforce orders from Democratic Gov. Gretchen Whitmer. Lamb said he would respond to a complaint about a business by sending a deputy to “educate and advise” the business’s owners. He said he will not violate anyone’s rights. “I think people want to know that we’re going to support their constitutional rights,” he said.

“In tough times, tough decisions have to be made,” Lamb said, according to the Phoenix New Times .

“I’m looking at two laws in each hand [and] going with the one that’s 200 years old rather than two days old.” Lamb said he was not picking a fight with the governor.

“I’m not trying to change his policy, I’m just disagreeing with it, and I won’t enforce it. I don’t think it’s right,” he told the New Times. “I don’t want to make criminals out of people who are just trying to keep their business from going under.” When asked whether this could lead to the spread of disease, Lamb noted […]

Click here to view the original web page at www.westernjournal.com

Now that the data is in its clear the decree by Arizona’s Governor Doug Ducey and the other “little tyrants” across America is oppressive and sinister. Under the veneer of safety and security lies evil. This is textbook Isaiah 10:1;

← Prev: Johnson County, Illinois Sheriff: ‘We Will Not Force Any Business to Close’ Next: The Democratic Party is Defined by Death "the Democrat Death Culture" →