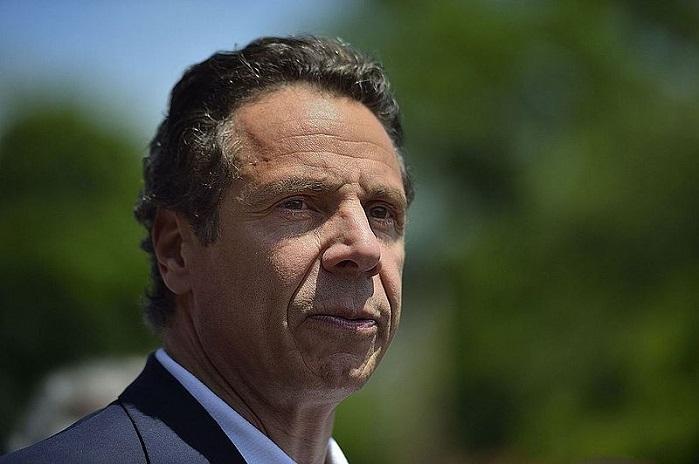 New York Gov. Andrew Cuomo lashed out at President Donald Trump on Wednesday for condemning a state law that allows unborn babies to be aborted at any point in pregnancy.

In an op-ed for the New York Times Wednesday morning, Cuomo accused Trump and pro-life advocates of “spreading falsehoods about abortion laws to inflame their base.”

“The president’s diatribe was part of the far-right’s escalation of its assault on a woman’s constitutional rights,” Cuomo argued. “As part of their attack on women’s rights, Mr. Trump and his allies are intentionally spreading lies about New York’s Reproductive Health Act.”

But it is Cuomo who is wrong. The New York law is an attack on unborn babies’ rights. It goes beyond Roe v. Wade, allowing unborn babies to be aborted even when the U.S. Supreme Court has said states may restrict abortions. Late-term abortions, which once were illegal in New York, will be allowed, and non-doctors will be allowed to perform them.

The law also redefines a “person” as “a human being who has been born and is alive,” and describes abortion as a “fundamental right.”

Cuomo celebrated the passage of the law in January by lighting up state landmarks in pink. But his abortion advocacy has been met with wide-spread public outrage and calls for him to be excommunicated from the Catholic Church.

Trump mentioned Cuomo’s law in his State of the Union Address on Tuesday night and urged lawmakers to pass a federal ban on late-term abortions.

“Lawmakers in New York cheered with delight upon the passage of legislation that would allow a baby to be ripped from the mother’s womb moments before birth,” Trump said. “These are living, feeling, beautiful babies who will never get the chance to share their love and dreams with the world.”

Cuomo lashed back Wednesday morning, claiming Trump and “the religious right” (a claim that ignores the many secular and liberal pro-lifers) have been spreading lies about the law.

“In his State of the Union address on Tuesday night, President Trump attacked the law that New York passed last month codifying a woman’s right to an abortion, and he proposed federal legislation to roll back the protections provided by the 1973 Roe v. Wade decision. …

“The Reproductive Health Act guarantees a woman’s right to abortion in the first 24 weeks of a pregnancy or when the fetus is not viable, and permits it afterward only when a woman’s life or health is threatened or at risk. Contrary to what its detractors claim, the Reproductive Health Act does not allow abortions minutes before birth, nor does it allow third-trimester abortions ‘for any reason.’ Third-trimester procedures are extremely rare, making up only about 1 percent of all abortions. The option is available for exactly the reason stated in Roe and successor cases: to protect the life or health of the woman.”

The law does appear to restrict late-term abortions, but it adds a broad “health” exception for abortions after 24 weeks. The exception would allow women to abort unborn babies up to nine months of pregnancy for any loosely-related health reason, including “age, economic, social and emotional factors.”

And while third-trimester abortions are not the majority of the nearly 1 million abortions that occur in the U.S. every year, even 1 percent means nearly 10,000 viable, late-term unborn babies die every year in abortions. And with New York’s new law and similar bills being considered in several other states, that number could go up.

Cuomo and his fellow abortion activists are just angry that Americans are learning the truth. They do not want voters to realize just how extreme their positions are, even to the point of allowing infanticide.