Amy Coney Barrett Confirmation Battle Will Get Ugly, Pro-Life Americans Must Fight for Her 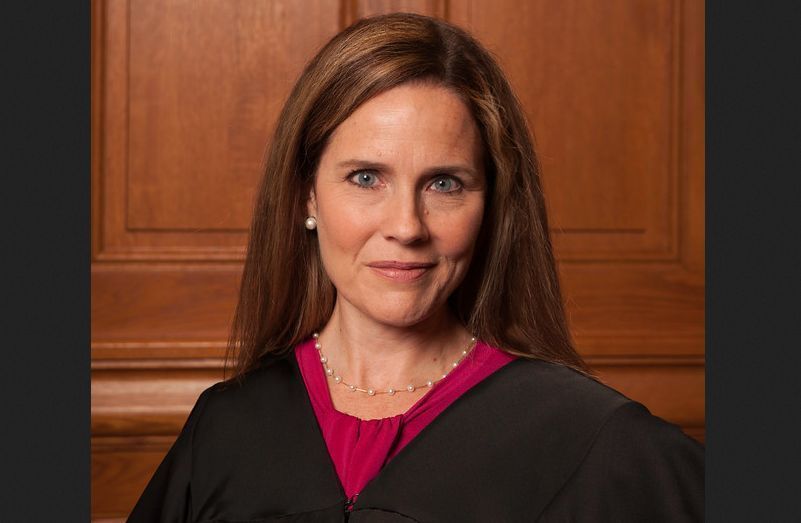 The Senate judiciary hearing for Justice Brett Kavanaugh was an appalling act of slander and defamation. An all-time low for the halls of Congress.

The battle to confirm Judge Amy Coney Barrett to the US Supreme Court has already gotten ugly and unfortunately, it will likely get worse.

That’s why Life Issues Institute and the whole Susan B Anthony List family have put together a war chest at your disposal to help Judge Amy Barrett achieve confirmation.

And she certainly needs your help!

The knives and daggers have already come out from the Far Left in their “ends justify any means” approach to stopping this eminently qualified nominee.

It began with a vile Tweet by Ibram Kendi, a far-left author, attacking the Barretts for being racist because they adopted two Black children from Haiti. He wrote, “They ‘civilized’ these ‘savage’ children in the ‘superior’ ways of White people while using them as props…” Like I said, vile.

Other members of the Left jumped on the religious bigotry bandwagon to judge, mock and marginalize Judge Barrett for taking her religious faith seriously. During a recent MSNBC interview, Hawaii Senator Mazie Hirono questioned how Judge Barrett could be a fair and impartial Supreme Court justice because she held strong religious views.

The Senate Majority Leader, Mitch McConnell said, “The ongoing attacks by Senate Democrats and the media on Judge Barrett’s faith are a disgrace. They demean the confirmation process, disrespect the Constitution, and insult millions of American believers.”

McConnell added, “Our coastal elites are so disconnected from their own country that they treat religious Americans like strange animals in a menagerie,”

Others are channeling Chicken Little, on Roe v Wade claiming women’s health will be jeopardized, and many will die without abortion on demand.

A growing number of Americans don’t share these extreme views. A recent poll shows a nine percent uptick in those who feel Judge Barrett should be confirmed regardless of the pending election.

But Judge Barrett needs your help to ensure her confirmation to the Supreme Court, so here is your war chest to equip you to assist. You can multiply your impact by sharing these tools with others.

Life Issues Institute produced special programming for radio, TV and online viewing. Post a link to the streamed version on social media and in emails.  https://www.lifeissues.org/court-is-in-session-life-hangs-in-the-balance/

Tell your senators to vote to confirm Judge Barrett. We have a ridiculously easy way to contact them that literally takes only a couple of minutes: https://sba-list.quorum.us/campaign/28943/

More proof that President Trump is dedicated to advocating constitutionalist federal judges is found in this list of his prolife wins: https://www.sba-list.org/trump-pro-life-wins

A coalition of prolife organizations are working together to advocate for Judge Barrett’s confirmation. This website will aid your efforts: https://prolifecourt.com/

Never in the history of the prolife movement have we had such a breathtaking opportunity to further protection of America’s unborn babies and their moms. The movement understands this and is united behind this effort.

Please do your part so that together we can save millions of babies!

← Prev: One of the Oldest People in the World With Down Syndrome Dies at 78 Next: Unhinged Keith Olbermann Wants Amy Coney Barrett “Removed From Society” →

Amy Coney Barrett: Roe v. Wade is Not a “Super-Precedent” That Can’t be Overturned

Supreme Court nominee Amy Coney Barrett says she doesn’t consider the Roe v. Wade decision that allowed abortion on demand a “super-precedent” that can’t be overturned. Judge Barrett said Roe is not in same category as the Supreme Court’s 1954 Brown v. Board of...

Joe Biden told a reported this morning in an interview that American voters don’t deserve to know if he plans to pack the Supreme Court with radical leftists who will keep abortion on demand in place for decades to comes. “Well sir, don’t the voters deserve to know,”...

In case you were wondering: Yes, Keith Olbermann is still an unhinged lunatic. The former MSNBC host, former ESPN host is now relegated to making “Worst Person in the World” YouTube videos. Normally, we would ignore them. But his insane rant posted Thursday...