Alexandria Ocasio-Cortez Pushes Population Control: “Is it Okay to Still Have Children?” 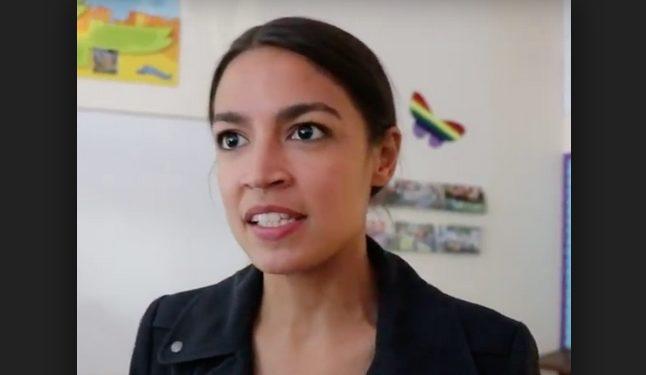 The freshman Democrat has taken a lot of criticism for her “Green New Deal” to address environmental issues. On Saturday, she posted a video on Instagram to demand that something be done urgently about what she believes is a life-threatening crisis, according to Breitbart.

“We had time when I was born, but – tick tock – nothing got done,” Ocasio-Cortez said. “As the youngest member of Congress, I wish we didn’t have 12 years. It’s our lungs that are going to get choked with wildfire smoke…Climate delayers are the new climate deniers.”

At another point, she seemed to question the morality of having children because of the world’s environmental problems, National Review reports.

“There’s scientific consensus that the lives of children are going to be very difficult,” Ocasio-Cortez said. “And it does lead, I think, young people to have a legitimate question, you know, is it okay to still have children?”

She continued: “And I mean, not only just financially, because people are graduating with twenty, thirty, a hundred thousand dollars worth of student loan debt, and they can’t even afford to have kids in the house, but also just this basic moral question, what do we do? And even if you don’t have kids, there are still children here who are in the world, and we have a moral obligation to them, to leave a better world for them.”

Ocasio-Cortez is hardly the first person to suggest smaller family sizes as a solution to climate change. Scientists and bioethicists, media personalities and others also have touted the idea that couples should have fewer children to save the environment.

But any hint at government-run population control is frightening. China tried it with its One Child Policy, and the human rights abuses that resulted are horrific: forced abortions, forced sterilizations, oppressively large penalties and more.

What’s more, similar doom predictions about overpopulation have been made for more than a century, and none have come true.

← Prev: Shame on Democrats for Repeatedly Blocking Legislation to Save Babies From Infanticide Next: Planned Parenthood CEO Opposes Bill to Stop Infanticide Because Infanticide “Doesn’t Exist” →