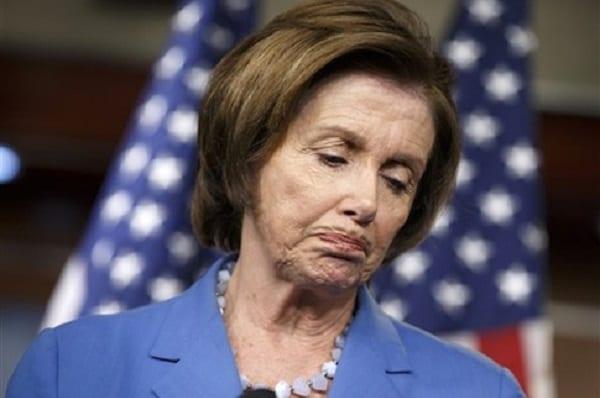 It’s not often that I’m surprised by statements made by elected officials. In Congress and around the country, I understand that Americans are a diverse group of people with strong opinions on issues from taxation to foreign policy to our immigration system. Because Freedom of Speech is enshrined in the First Amendment to the U.S. Constitution, people are able to freely share their opinions in a passionate way – a good thing.

With that being said, there are a few times where a comment from a member of Congress or a governor has stopped me in my tracks. That happened recently when I heard Virginia Governor Ralph Northam talk about what would happen to a baby born after a failed late-term abortion. He said, “The infant would be delivered. The infant would be kept comfortable. The infant would be resuscitated if that’s what the mother and the family desired. And then a discussion would ensue between the physicians and the mother.”

The thought process stunned me. A discussion between the physician and mother about what would happen to that baby? Only one thing should happen – every effort should be undertaken in order to save that baby.

These comments, along with abortion legislation efforts underway in a number of state legislatures, have brought the issue of life back to the forefront. As you may know, New York recently passed legislation to make it significantly easier for residents to obtain late-term abortions. Similar efforts are underway in other states like Massachusetts and Rhode Island.

For me, I’ve always been staunchly pro-life and have stood up for innocent babies whenever and wherever I could. I’ve warned for years that those in favor of expanding access to abortion would continue to push their agenda to furthest extremes. The bipartisan Hyde Amendment – which prohibits taxpayer funding from being used for abortions – has come under constant attack in recent years.

After the recent comments by Governor Northam, Republicans in Congress wanted to make it clear that refusing to take action to save a baby after a botched abortion is completely unacceptable, wrong, and illegal. The Born-Alive Abortion Survivors Protection Act is not complicated legislation. It would require that infants delivered alive during an attempted abortion procedure be given appropriate medical care. Requiring care for a living, breathing baby does not seem like something that anyone would oppose, but the bill was blocked in both the U.S. House and Senate by Democrats on multiple occasions.

I can’t make my thoughts any clearer – blocking this legislation is shameful.

While Republicans are now in the minority, I can promise you that we in the House will not stop pushing for a vote. There is no reason why this legislation should prove to be this controversial. Protecting the most vulnerable in our society shows who we are as a nation. We must stand up for what is right.

In addition to the Born-Alive Abortion Survivors Protection Act, I’ve cosponsored 15 other pieces of pro-life legislation this Congress and introduced one bill myself. That bill, the

Protecting the Dignity of Unborn Children Act, would prohibit the disposal of fetal remains in a landfill or navigable waters and impose harsh penalties for any violators.

Last month, I was joined by tens of thousands of Americans on the National Mall for the annual March for Life. I attend the event annually, and every year I’m inspired by the men, women, and children that come from every corner of the country to stand up for the unborn. This grassroots support matters.

While I know many Ohioans have been shaken to their core by the words and actions from elected officials when it comes to abortion, it’s also sparked more people than ever to come to the defense of the innocent. Rest assured, I will continue to be a strong vote, voice, and advocate for Life in Congress.

← Prev: Despite Doctor’s Warning, Woman Proceeds with 17th Abortion Next: Alexandria Ocasio-Cortez Pushes Population Control: “Is it Okay to Still Have Children?” →