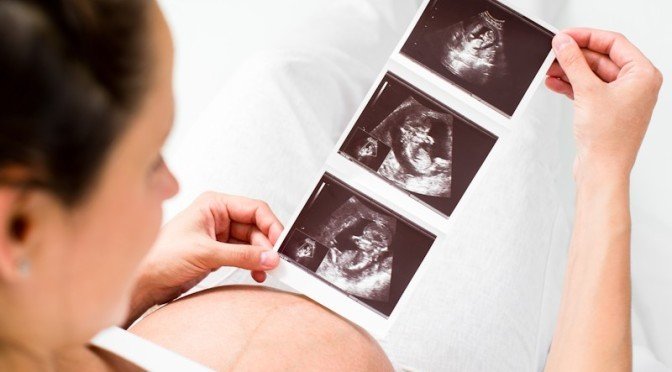 The Guttmacher Institute released a report showing there were 862,320 abortions performed in the U.S. in 2017. This signals a decrease of almost 64,000 a year from the 926,190 Guttmacher reported just three years prior in 2014, and nearly half what it was at the 1990 peak when there were there were over 1.6 million recorded [https://www.guttmacher.org/report/abortion-incidence-service-availability-us-2017].

Abortion rates and abortion ratios are also down, showing this reflects a real cultural change and not merely some statistical fluke.

What this tells us ,thankfully, is that abortion is a significantly less common feature of women’s lives today than it has been any time since the 1973 Roe decision was handed down.

There are different ways to measure the abortion ratio. For Guttmacher, it is the number of abortions per 100 pregnancies ending in abortion or live birth.

What does this mean? That while in the 1980s about one in three pregnancies ended in abortion, current data puts that at just under one in five pregnancies. This is still too many, but a marked and dramatic improvement.

Encouraging as this data may be, there are other numbers that show the abortion industry is far from ready to throw in the towel.

Put another way, Guttmacher says that 339,640 represents approximately 60% of the abortions eligible to be performed up to 10 weeks LMP (after a woman’s last menstrual period) under the current Food & Drug Administration cut-off.

Many of the newer physician’s offices and clinics which previously had not performed abortions appear to be those adding chemical abortions to standard health care services. Many of these offer no other abortion methods. Guttmacher says that 269 (or 25%) of all “nonhospital providers” offered only “early medication abortion,” the industry’s euphemism for chemical abortions using mifepristone.

Overall, the numbers are an indication that fewer abortions than ever are being performed in hospitals (down a total of 120 from 2014 to 2017) and more are performed in clinics.

But even with the additional clinics, the actual numbers of abortions at those clinics fell by 56,880.

Other figures from Guttmacher show that most of the overall abortion decline happened at high volume abortion clinics performing between a thousand and 4,999 abortions a year.(It should be noted that the country’s nineteen mega-abortion mills–those performing 5,000 abortions or more a year–experienced an increase of about 8,000, or about 428 more abortions per abortion mill.)

As is usually the case for the organization that serves as the statistical handmaiden for the abortion industry, Guttmacher wants to credit the decline to better contraceptive use and claim that pro-life laws and policies had little to do with it. However this is a bit of a strain even for them.

Guttmacher touts an increase in the proportion of reproductive aged women using long-acting reversible contraceptives from 13% in 2014 to 16% in 2016 and an increase in sterilization rates from 25% to 26%. Yet at the same time, it admits that the use of other methods, such as the pill and injectable contraception, declined, balancing the equation.

What is clear is that we’ve seen an overall decrease in fertility. Birth birth rates dropped along with the number of abortions.

This indicates that there are simply fewer women getting pregnant. Changing cultural attitudes towards sex, pregnancy, and abortion may all contribute to such a trend.

Guttmacher makes a big point (picked up by the Associated Press story) that because there was a drop of abortion rates all across the country–in both states which did and states that did not pass abortion legislation–this indicates that such laws “do not appear to be the primary driver of declining abortion rates.”

Obviously, this begs the question. If true, why do Guttmacher and the abortion industry rail so vehemently against even the most modest protective legislation, laws that just guarantee that a woman knows about abortion’s risks and alternatives, laws that ensure that her clinic meets basic health and safety standards?

Guttmacher acknowledges only obliquely and in passing that laws passed in one state may still have an impact on another.

“It is possible,” Guttmacher admits, “that the declines in abortion these states [speaking of Iowa and West Virginia, which lost several clinics and saw larger abortion declines] reflect, at least in part, a decline in the number of individuals who crossed state lines to obtain care, since there were fewer clinics” (Guttmacher Release, 9/18/19)

Large, high volume abortion clinics in many states (think Cherry Hill, NJ, or Charlotte, NC) often exist just across the state line from a major population center. Thus, laws passed in one state may impact the flow of patients in either direction.

The larger point, though, is that state legislation prompts a larger national conversation about abortion–about what it is, how it is performed, and about better alternatives that are available.

And the more women know about all of this, the more they choose life. The numbers make that clear.

LifeNews.com Note: Randall O’Bannon, Ph.D., is the director of education and research for the National Right to Life Committee. This column originally appeared at NRL News Today.