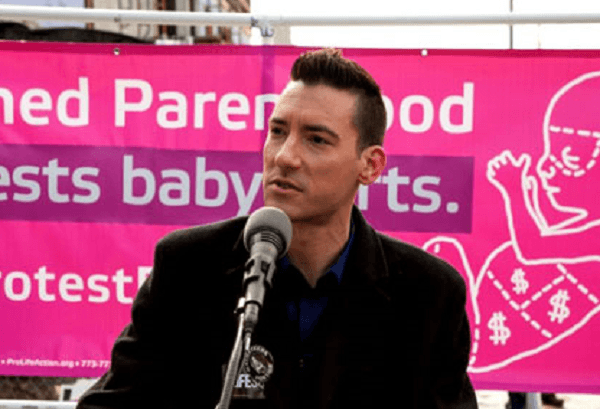 The preliminary hearing for undercover journalist David Daleiden concluded this week with a judge ruling that he was “engaged in criminal activity irrespective of his journalistic status.”

Daleiden could be sent to jail for the so-called “crime” of exposing Planned Parenthood’s allegedly illegal sales of aborted baby body parts and alleged murder of born-alive infants. He and fellow Center for Medical Progress investigator Sandra Merritt face multiple felony charges for invasion of privacy in California.

But Hite refused to dismiss the warrant, writing: “Even assuming Daleiden was a journalist at the time of the recordings his actions would not be protected by the California Shield Law or the Federal Privacy Protection Act under the circumstances alleged in the search warrant. While this newfound freedom of information and speech brings about different perspectives and discussions, it does not give either the media or a citizen journalist free reign to violate criminal laws applicable to the general public.”

Though Hite did not issue a final ruling on whether the case should proceed to trial, Rewire predicted that a full trial appears likely.

The Center for Medical Progress said testimony from the preliminary hearing demonstrates that Planned Parenthood, not Daleiden and Merritt, is the one that should be prosecuted.

“There was never any legal reason to prosecute CMP investigators for recording public conversations,” the group said in a statement Wednesday. “This sham case was launched by dirty political dealings between Planned Parenthood and Kamala Harris and must be thrown out, so the justice system can finally focus on the real criminals who sold baby body parts.”

Even Rewire, which reports from a pro-abortion perspective, acknowledged that Daleiden’s prosecution could have serious “repercussions” for all undercover journalists.

“The threat of this prosecution is in the threat of finding that undercover investigations and recording in place where people could generally overhear your conversation, or in blurring the line so much that journalists or investigators won’t ever record because the threat of prosecution could wax and wane from second to second,” Matthew Strugar, a First Amendment attorney in Los Angeles told the news outlet.

No other journalists have been prosecuted for similar undercover investigations under California law, Daleiden’s and Merritt’s defense lawyers contend.

The preliminary hearing began two weeks ago with a witness for the abortion industry admitting that the Center for Medical Progress (CMP) videos were “not altered.” Then, a biotech company CEO who worked with Planned Parenthood could not deny that they harvested aborted babies’ hearts while they were still beating. The hearing will determine whether the case should go to a full jury trial.

Daleiden and Merritt posed as representatives of a company seeking to buy aborted baby body parts for scientific research projects. Using the disguise, they spoke with abortion industry workers at places like restaurants and a National Abortion Federation conference.

On Friday, Daleiden described talking with a whistle-blower named Holly O’Donnell, who used to work for StemExpress, a fetal tissue procurement company that had a close relationship with Planned Parenthood, according to Courthouse News. Daleiden said O’Donnell told him that she had harvested body parts from a “fully intact” 25-week baby at a Planned Parenthood in Northern California.

“She cut open the baby’s face to harvest the brain,” his testimony continued, according to CMP. “Prior to doing that, her supervisor showed O’Donnell the baby’s beating heart.”

“I came to suspect StemExpress and Planned Parenthood of Mar Monte of homicide,” he said.

The undercover investigation exposed numerous atrocities inside Planned Parenthood abortion facilities across the U.S. Its findings prompted investigations by the U.S. House and Senate, as well as a number of states. Both said they found strong evidence that the abortion chain broke the law. The Department of Justice is investigating.

Planned Parenthood repeatedly has denied all allegations of wrong-doing, and many news outlets now parrot its talking points that the undercover videos were deceptively edited or debunked, even though that is not true. An independent forensics investigation verified that the videos were authentic.

The expose videos catching Planned Parenthood officials allegedly selling the body parts of aborted babies have shocked the nation. Here is a list of all 14:

← Prev: Abortions Drop 50% From 1990 as More Babies Saved From Abortion Next: Abortion is Less Common for Pregnant Women Than Ever Before as Fewer Women Get Abortions →