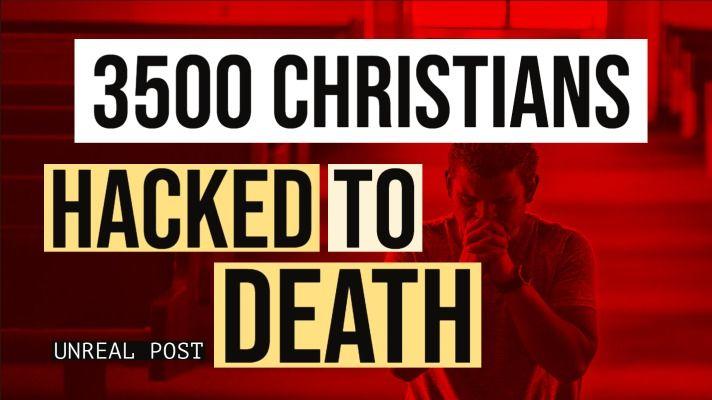 More than 3,000 Christians have been killed in Nigeria this year by Muslim militants amidst a massive wave of persecution that also has resulted in 300 churches being threatened, attacked, or destroyed, according to a new report.

The report by the International Society for Civil Liberties and Rule of Law says 3,462 Christians have been killed by Muslim militants in the first half of 2021 – a shocking number that is nearly as many as the 3,530 killed in all of 2020.

“Nigeria is the biggest killing ground of Christians today, but few are aware of it,” ICC said in a July 19 news release.

The Fulani Herdsmen – described as the fourth deadliest terror group in the world by ICC – is responsible for the majority (1,909) of murders, the report says. Boko Haram, ISWAP, and Muslim Fulani Bandits killed a total of 1,063 Christians, the report added.

The surviving victims often are not assisted or protected by the government from further harm, the report says.

“It is deeply saddening that till date those responsible for the anti-Christian butcheries in the country have continued to evade justice and remained unchecked, untracked, uninvestigated, and untried; leading to impunity and repeat-atrocities,” the report says.

“The surviving victims and families of the dead victims are also totally abandoned by the Government of Nigeria.”

An estimated 300 churches have been threatened, attacked, closed, or destroyed this year, with at least 10 priests or pastors were abducted or killed, the report said.

Armed radical Islamic groups arrive in a village during the night, kill the men, rape, and murder the women, and kidnap the children,” said Mike Pompeo, former secretary of State under the Trump administration. Who now serves as senior counsel for global affairs for the American Center for Law and Justice, wrote in an online analysis.

And given that Nigeria has the largest Christian population of any African country – over 80 million, nearly half of its people – it is essential that this persecution is snuffed out before it becomes even worse.”

Biblical Commentary “What Saith the Scripture”

This is no doubt a level of Christian murders unseen since the “Inquisition”.

Christian persecution is at an unprecedented level worldwide and is only going to get worse and worse. As the world is becoming more and more wicked by the hour.

While these are troubling times and many in the body of Christ are suffering even to the point of death. Two things should give us unrelenting JOY.

First: Believers should not be terrified by persecution even death. Because it has been granted by Christ, not only to believe in Him but also suffer for His sake. And our Persecution is only proof of our salvation and confirmation of the persecutor’s destruction. Read Philippians 1:27-29.

Second: We are children of the King of kings and Lord of lords. We are His and no level of persecution can take us from Him. Not even death. We are the Lord’s. Read Romans 8:31-39.

Lastly, please pray for our fellow members of the body of Christ in Canada. Pray that the Lord strengthens their faith and may He comfort them through their tribulations.

← Prev: Pagan Terrorist Have Burned and Destroyed 45 Churches in Canada with Impunity Next: You Won't Believe What Brigham Young University Hawaii is Doing to Students "Cruel" →