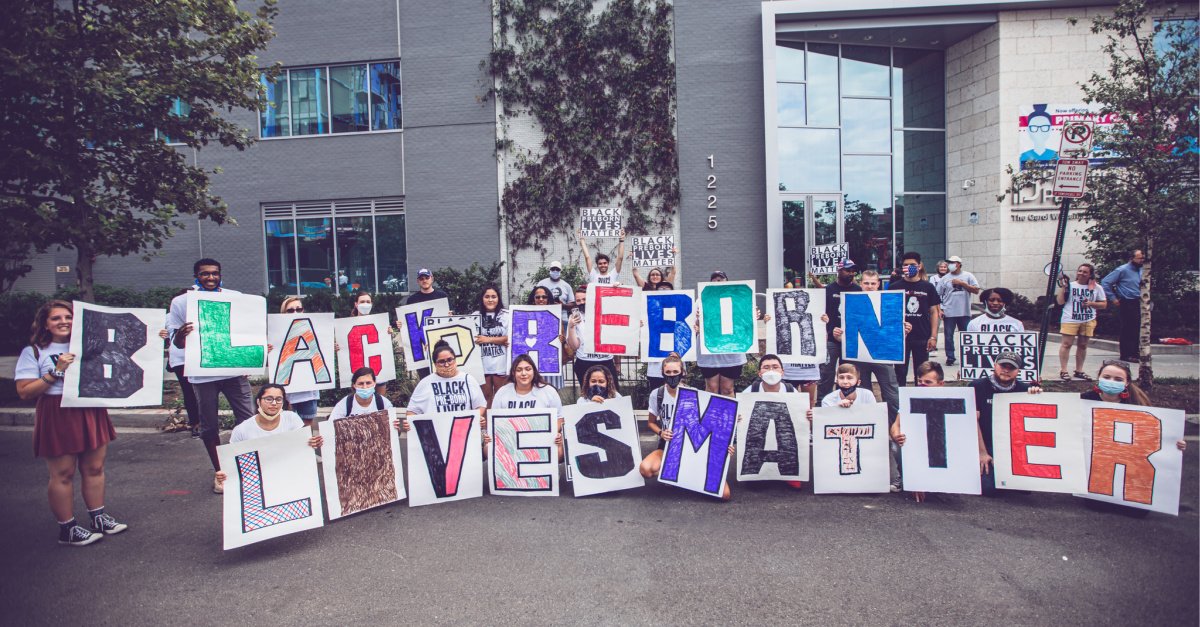 Two representatives of Students for Life of America were arrested Saturday by Washington, D.C. police while writing “black preborn lives matter” in chalk outside a Planned Parenthood, even though the group says it had permission from the city. SFLA said in a news release it had “applied and received a permit to paint the street outside of the D.C. Planned Parenthood” and even complied “with the D.C. police department’s request to purchase special temporary paint.” D.C. city officials earlier this year allowed protesters to paint “Defund the Police” on a city street. SFLA representatives arrived at the area in front of the D.C. Planned Parenthood Saturday morning and were met with several police cars. Police initially warned the group they would be arrested for using temporary paint and then said they would be arrested even if they used chalk. When Students for Life staff member Warner DePriest and college student Erica Caporaletti began painting “black preborn lives matter” in chalk, they were arrested. “Mayor Muriel Bowser had opened the streets of the city for ‘free public expression,’” the group said in a statement. “What we didn’t know was that you could only do that and not get arrested if the mayor agreed with what you expressed.” SFLA says it will sue the city. “We will no longer be silent, we will no longer politely wait for you to acknowledge our rights to free speech and expression. The next place you will see us Mayor Bowser will be in court!” said SFLA executive vice president Tina Whittington. Said Caporaletti, “This is government censorship.” The Washington Post reported the group mailed the mayor a letter stating, “Having opened the streets of your city for public expression, Students for Life of America requests the opportunity to add our voices to those concerned […]

← Prev: New Disclosures Confirm: Trump Himself Was the Target of Obama Administration’s Russia Probe Next: Of Course He Will... Joe Biden May Skip Debates With President Trump to Avoid Scrutiny →