‘Yes, It Was a Miracle’: Pocket Bible Stops Bullet From Striking Police Officer in the Chest 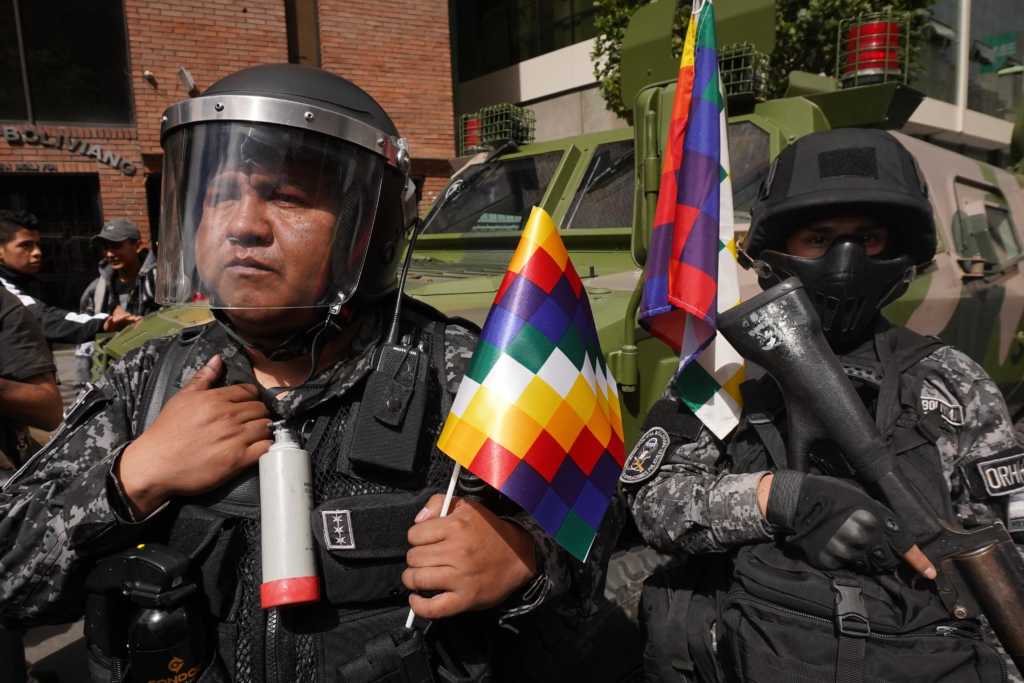 According to the cop in question, the live 9mm round was fired at him from a weapon that has been stolen from the police during clashes between supporters loyal to former president Evo Morales and law enforcement. The incident occurred in the municipality of Yapacani, eastern Bolivia, as police attempted to calm the protests. Oscar Gutierrez, head of the Special Force of the Fight Against Crime of Santa Cruz, explained how his officer was shot in the chest but that the bullet did not hurt him because he “had a Bible that stopped the projectile.” “Yes, it was a miracle,” the officer himself explained, according to the Daily Mail. “He is […]