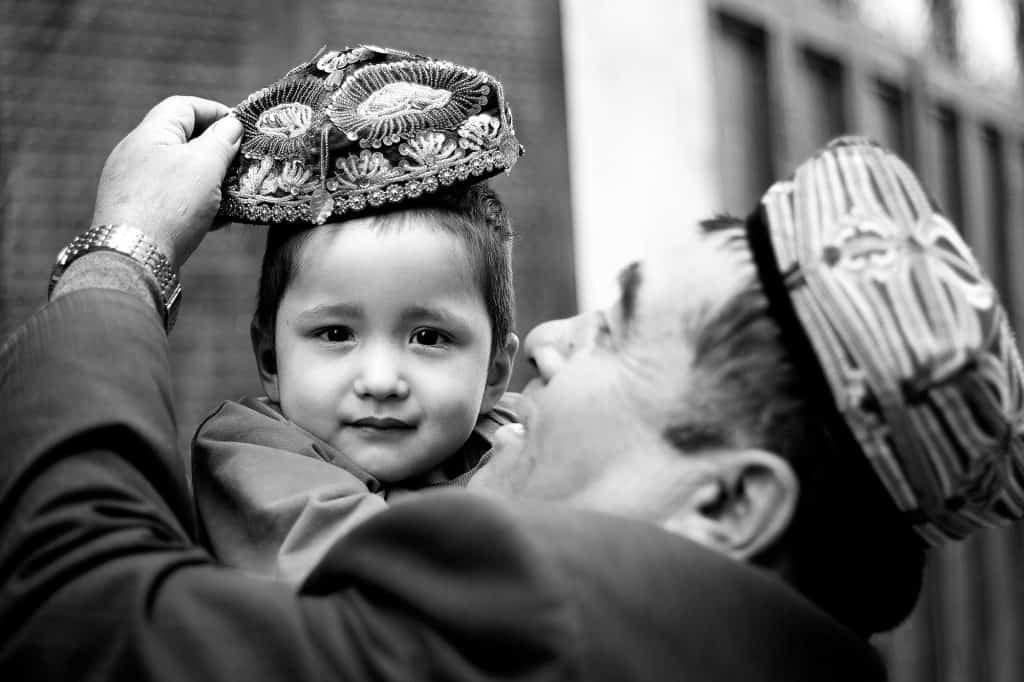 A photographic journey through a region whose identity is threatened by “sinicization.”

On the North-Eastern borders of China lies the immense region of Xinjiang (literally, “New Frontier”). Until a few years ago, the region had a majority of Uyghurs, a Sunni Muslim people speaking a Turkic language, and also included Kazakh, Hui, Kyrgyz, Mongol, Tajik, and other Central Asian minorities. Han Chinese arrived by the millions in the last decades and now amount to 40% of the local population.

The CCP’s strategy, aimed at suffocating any possible hope of autonomy and “sinicizing” this border region, is transforming Xinjiang into a giant laboratory of social control and global surveillance. The ferocious repression of Uyghurs and the totalitarian control of all local populations, is now getting even worse.

Traditional urban centers are being destroyed and replaced by Chinese-style buildings, and civilians are involved in the repression under the pretext of security. It is impossible to travel in Xinjiang without perceiving the implacable gaze of the authorities. Even the rare tourists should pass checkpoints, submit themselves to interminable controls, and expect to be repeatedly interrogated. For the Han Chinese, this is China’s Far West, a real “New Frontier” to be reorganized as part of Beijing’s effort to create a “New Silk Road.”

During a trip from the Caspian Sea to Kazakhstan and Pakistan in March-June 2018, I crisscrossed for several weeks this vast borderland of China. Looking for the new frontiers along the oases that mark the old Silk Road, beyond the empty and solitary spaces, I filled my memory with barefaced horizons. In the small streets of old Kashgar, or during a match of Buzkashi (a sort of polo played with a dead goat) or a traditional wedding, I let myself flow with the different local cultures, looking for harmony. I wanted to preserve at the borders of the deserts, the steppes, the snow-white mountains of Central Asia, some intimate footprints of people on borrowed time, threatened by the advance of a new Cultural Revolution.


County in Xinjiang: A Case Study in Destroying Faith
A Bitter Winter reporter went to Shawan county to learn how government suppressi…

A Young Uyghur Woman’s Plea for Her Mother’s Release
Beijing’s war on terror is reining in Christians, adding to fears that its missi…

← Prev: North Korean Christian Imprisoned for Her Faith Tells of Torture, Beatings in Prison Next: House Democrats Block Request to Vote on Bill to Stop Infanticide For a 6th Time →