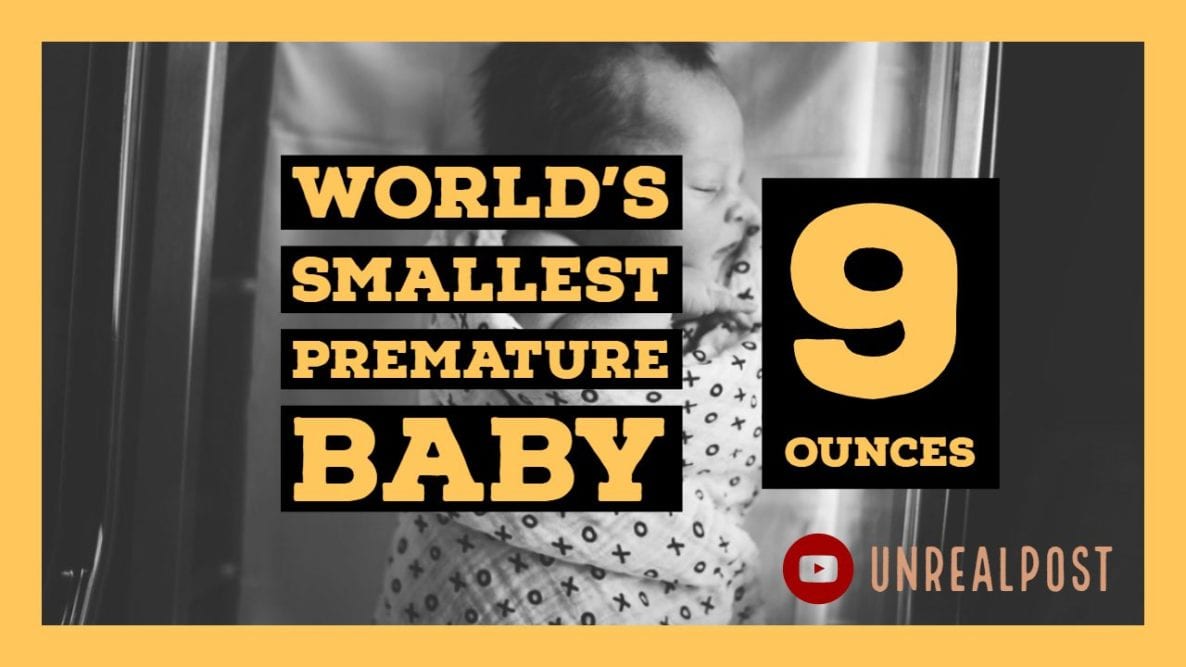 Baby Saybie’s life is a testament to the amazing advances in modern medical technology.

Born weighing less than 9 ounces, she is believed to be the smallest premature baby ever to survive, Fox News reports.

A San Diego hospital deemed her well enough to go home this May, approximately five months after her birth. The Sharp Mary Birch Hospital for Women & Newborns said Saybie now weighs 5 pounds and is “happy” and “healthy.”

The tiny infant was born in December 2018 by emergency cesarean section after her mother developed pre-eclampsia, a life-threatening condition, according to the report.

She was 23 weeks gestation.

“It was the scariest day of my life,” her mother said.

ABC 7 reports the family, who chose to share their story but remain anonymous, said the medical staff told them to be prepared because Saybie probably would die.