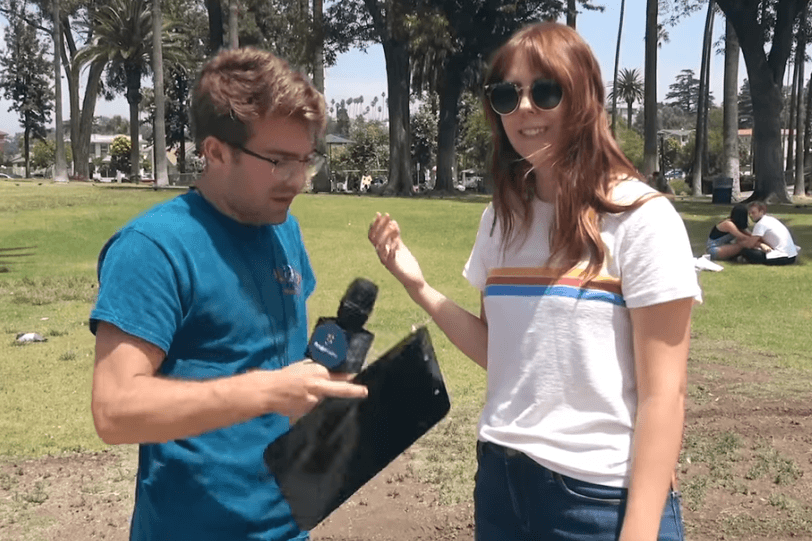 A new video displayed the hypocrisy of abortion supporters when they eagerly signed a petition to protect unborn eagles but refused to sign another supporting protections for unborn human babies.

Will Witt of PragerU presented his petitions to people in Echo Park in Los Angeles recently and filmed their reactions, the Daily Wire reports.

Witt found a number of people who were enthusiastic about his petition to protect eagle eggs.

“We have a petition to stop the killing of eagles, like eagle eggs, people disturb them or they destroy them,” he said in the video. “These eagles haven’t been born yet, they have rights, ya know? We don’t think they should be harmed and we think that there should be harsher penalties for those kind of things. Would you guys agree?”

“Best of luck, I hope you save the eagles,” another person said.

Then, Witt introduced his second petition, which called for protections for unborn human babies.

“We have one other petition about stopping the killing of humans, too — like, babies,” he said to the same people who signed his first petition.

“Wait, no,” one of the young women responded. “I don’t agree with that. I’m, like, pro-abortion, sorry.”

Another initially misunderstood the petition, saying, “Uh, I hate the killing of babies!” However, when she realized the petition was about abortion, she said she supports abortion.

“We want to protect their rights, too, even though they’re unborn,” Witt said.

But another responded: “Oh, no, I don’t agree. I fully support abortion.”

“Uh, I think it’s the woman’s decision,” one woman told him. “A human woman should have more rights probably than a bald eagle.”

The situation that Witt posed is not hypothetical. Bald eagle eggs have more protections under U.S. law than unborn babies. It is illegal to destroy a bald eagle egg under the Bald Eagle and Golden Eagle Protection Act, and the maximum fine is $250,000.

And it’s not just endangered unborn animals that are being protected. Earlier this year, a pro-abortion Democrat from New Jersey introduced a bill to protect unborn cows from being slaughtered, arguing that it causes additional stress for their mothers.

State Assemblyman Benjie Wimberly, who recently was honored by the Planned Parenthood abortion chain, said of his bill, “It’s the right thing to do to protect our animals and unborn animals.”

Meanwhile, nearly 1 million unborn human babies are aborted in America annually. In some states, they may be aborted for any reason up to birth, including because of sex-selection. ← Prev: Operation Blessing Deploys Team to Distribute Medical Relief, Clean Water to the Bahamas Next: Nevada May Have a Pro-Life License Plate for Everyone to Buy, But Only if You Purchase One Now →