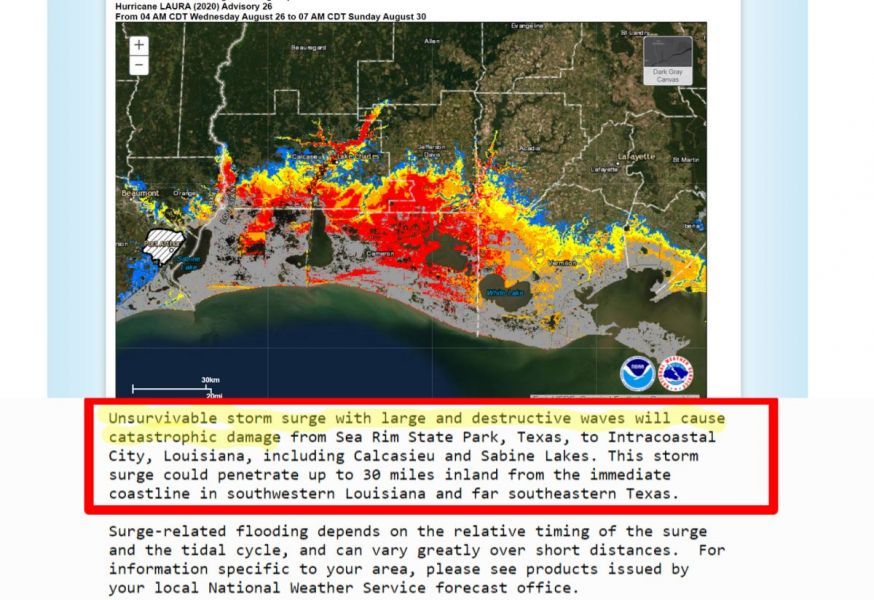 Several communities in Louisana and Texas have told residents to leave in anticipation of what is expected to be Hurricane Laura, which could impact the state late Wednesday and early Thursday.

Pray for all in the path of this hurricane. Between UnrealPost.com and MesaBibleStudy.com a message was sent out early this morning to 73,000 of our subscribers to pray for all. Please join us in prayer.

Prayers are going out continually for all in America and around the world. But in the face of the potential loss of life and catastrophic destruction please join us in prayer for all in the path of this deadly hurricane.

‘God is our refuge and strength, A very present help in trouble. Therefore we will not fear, Even though the earth be removed, And though the mountains be carried into the midst of the sea; Though its waters roar and be troubled, Though the mountains shake with its swelling. Selah’

Visit the National Hurricane Center for the latest information

Members of the public should continue to monitor local news outlets for weather updates and follow guidance from local officials. The Governor’s office will also share updates about severe weather and also COVID-19 through its texting system. People may opt-in by texting LAGOV to 67283 and sign up for phone calls by going to Smart911. For information on road closures, please visit 511la.org.

The Governor’s Office of Homeland Security and Emergency Preparedness can be found here: https://gohsep.la.gov/.

ALL EMERGENCIES AND LIFE-THREATENING SITUATIONS SHOULD BE DIRECTED TO 911.

Here’s a list of evacuations as of Tuesday evening:

Chambers County officials issued a mandatory evacuation order for those who live in low-lying or flood prone-areas, manufactured homes, or trailer homes.

A mandatory evacuation order went into effect at 1 p.m. Tuesday. The county has about 3,500 residents.

A mandatory evacuation wenti into effect as of 5 p.m. Monday for the entire county, which has about 3,600 residents.

A mandatory evacuation of the entire county was ordered to start at 6 a.m. Tuesday. The county population is about 83,000.

A mandatory evacuation of the entire county was ordered to start at 10 a.m. Wednesday. The county has about 22,000 residents.

A mandatory evacuation order was announced during a Tuesday morning briefing by parish officials. The order went into effect at 11 a.m. and applies to the entire parish. Buses will be available for those who need transportation. About 203,000 people live in the Calcasieu Parish.

Officials with the Cameron Parish Office of Emergency Preparedness expanded its mandatory evacuation order to include the entire parish, effective at 8 a.m. Tuesday. The parish has a population of about 7,000.

A mandatory evacuation order is in effect in Lafourche Parish for all residents and businesses south of the Leon Theriot Flood Gate and other low-lying areas. The Raceland Recreation Center will open at noon to accommodate those who need shelter.

The entire Eastbank of Plaquemines Parish is under a mandatory evacuation order, as well as the Westbank from Phillips 66 Alliance Refinery to Venice.

A mandatory evacuation order is in place for areas outside the storm protection system, which includes all areas south of the Morganza levee system. A voluntary evacuation is recommended for the community of Pointe-aux-Chenes. 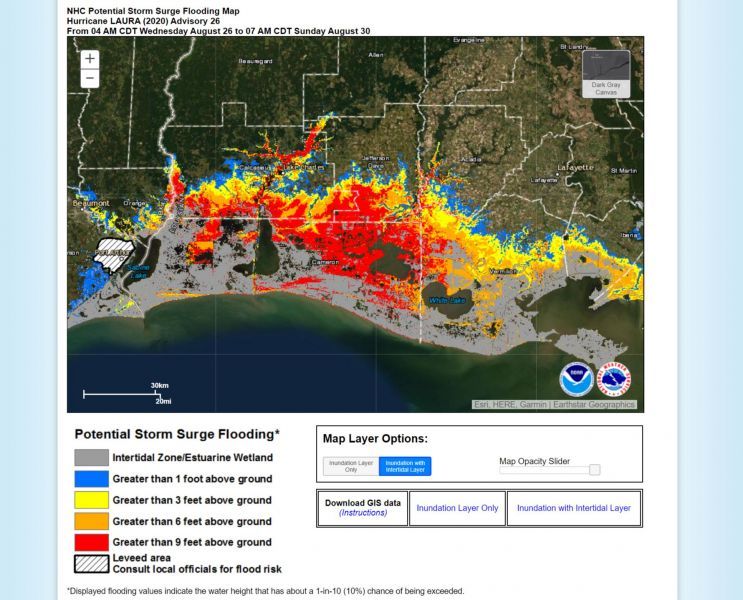 ← Prev: Christian Persecution in America: ‘This Activity Is Unlawful’: California Church Fined $10,000 for Singing, Meeting Indoors Next: From One False Teacher to Another: TBN Drops Kenneth Copeland From Lineup, Will Be Replaced by Megachurch Leader Steven Furtick →