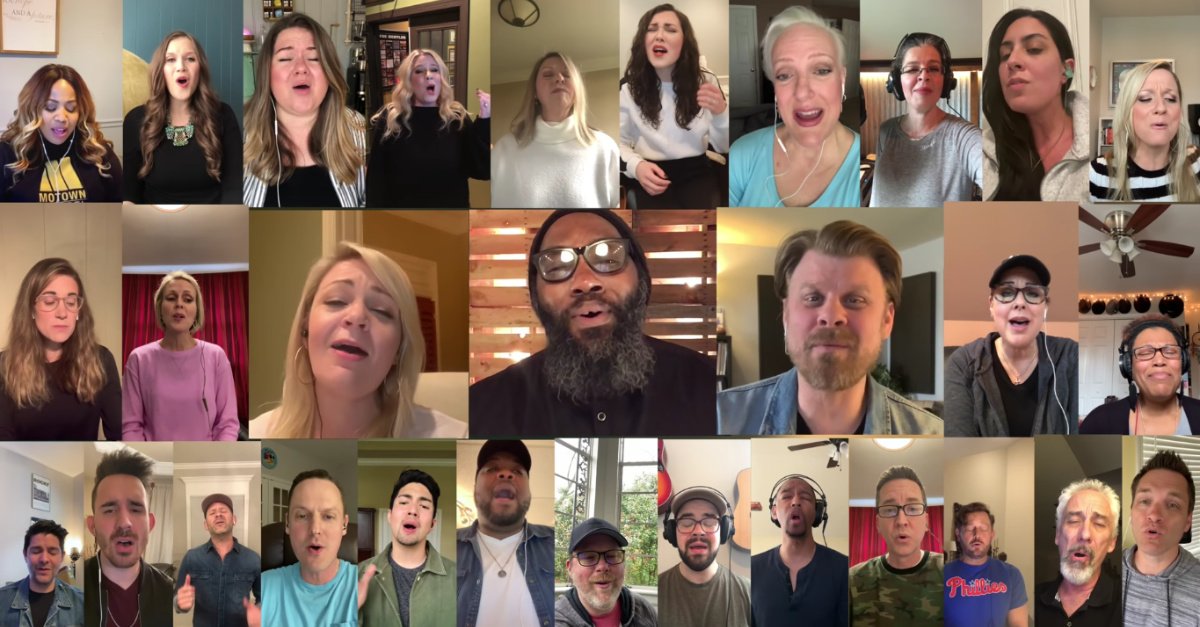 Nearly 150 years after the hymn It Is Well was penned in the midst of tragedy, a new “virtual choir” rendition is bringing hope to countless Americans during the COVID-19 pandemic.

Ten Two Six Music Group this week released a video showing 31 Nashville studio singers singing the song that Horatio Spafford wrote after his four daughters drowned at sea in 1873. Each singer recorded his or her part on a cell phone. It then was arranged by producer David Wise, a Dove Award-winner who has worked with Lady Antebellum, Dolly Parton, Steve Green, and Sandy Patti and also has had arrangements published with Word Music and Lifeway Music, two Christian companies. The powerful harmony-filled video quickly went viral. As of Friday, it had 1.2 million views on Facebook and nearly 200,000 on YouTube for a total […]

← Prev: Joe Biden Accused Of Sexually Assaulting Former Staffer: ‘Penetrated Me With His Fingers’ Next: Israeli Defense Forces to Provide Care for the Elderly Amid Battle Against COVID-19 →