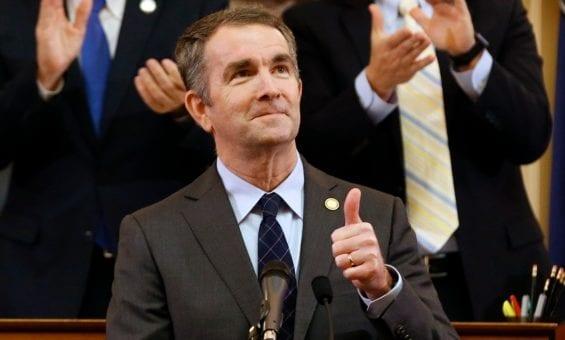 Virginia Gov. Ralph Northam is refusing to resign, despite promoting infanticide and appearing in a racist photo.

A senior official in Virginia Gov. Ralph Northam’s administration says the governor has told his top staff that he does not plan to resign over a racist photo despite intense pressure to step down.

The official says Northam told his Cabinet during a Friday afternoon meeting that he intends to stay. The official was not authorized to discuss the matter publicly and spoke on condition of anonymity.

Northam has faced widespread calls to step down over after his medical school yearbook page with a racist photo surfaced last week. It shows one person in blackface and another in a Ku Klux Klan robe and hood.

Northam not only defended a bill in the state legislature that would legalize abortions up to birth – even if the mother is dilated — he defended infanticide during a radio show.

Northam apparently thinks it’s okay to kill a baby once the infant is fully delivered.

Later Northam doubled down on his support for infanticide via a spokesman, who essentially said the governor was only talking about infanticide in cases of disabled babies. Then Northam said he had no apologies for promoting infanticide.

The pro-abortion Democrat governor who defended infanticide is now facing massive criticism after a photo emerged that appears to show Virginia Democrat Governor Ralph Northam appearing in a photograph that shows him and someone else dressed up in a KKK hood and in blackface.

The photo, from Northam’s 1984 yearbook at Eastern Virginia Medical School, and shows “two people, one wearing white Ku Klux Klan robes and a hood, the other with his face painted black.”

Northam apologized for the photo but would not say which person in it is him and would not agree to heed calls for his resignation. Later he claimed he is not pictured in the photo.