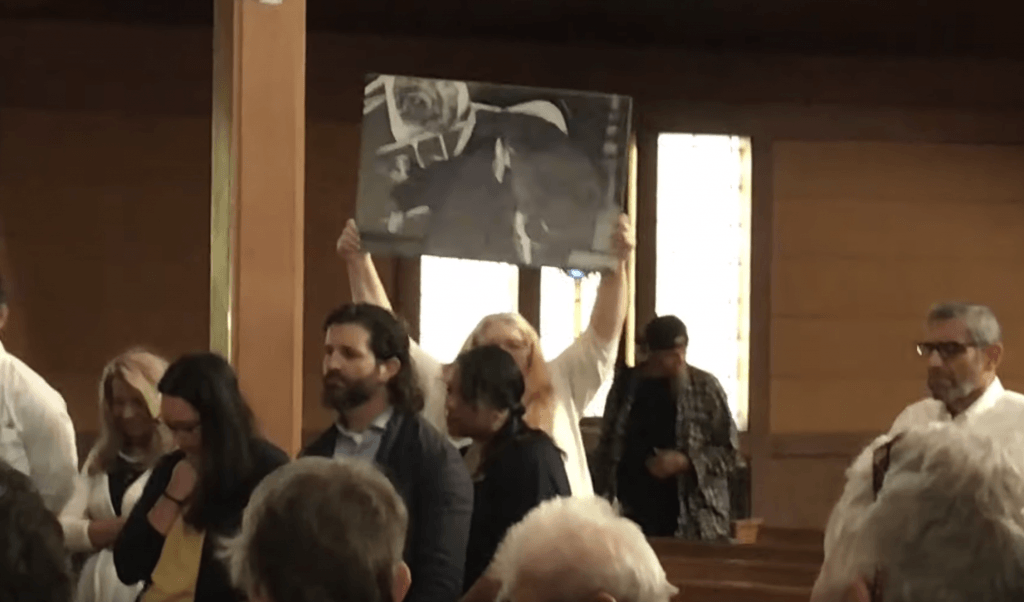 Video has surfaced of traditional and conservative members in a Roman Catholic ‘Church’ in Portland being harassed and protested in the middle of their church service by their liberal counterparts.

Their new priest had cut “inclusive” language from the liturgy and resisted liberalism, so they protested their own church from both the outside and inside. We’re not yet ready to call them Protestants. As a Marxist, Globalist, and Universalist Pope reigns from the Anti-Christ’s throne in Rome, traditional Catholics are finding themselves under assault by liberal Catholics who are more attune with Francis than other Popes before him. Fr. George Kuforiji from Nigeria was just concluding the Mass on June 20 at St. Francis of Assisi church when protesters from within the church began to hold up signs demanding “inclusion” and rattling tambourines to frazzle the priest and […]

← Prev: More Pulse Survivors Who Abandoned Gay Lifestyle After Shooting Talk About Their Faith: ‘Thank You, Jesus’ Next: Teacher Issues ‘Gender Unicorn’ Handout to Students on First Day of School to Explain Why He Goes By ‘Mx’ →