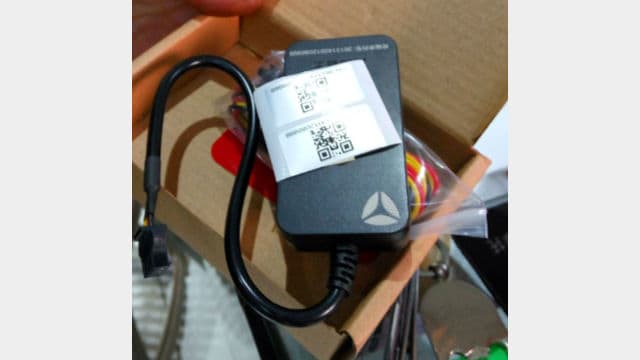 The Chinese State continues using technology to monitor its citizen: electric vehicles, like scooters or motorcycles, are only sold with such devices installed.

In China, even people’s cars are ratting them out to the government.

It’s another arm of the Chinese Communist Party’s (CCP) massive national surveillance system, which hopes to have full access to every bit of the lives of the country’s 1.4 billion citizens. Already in place are the Skynet and Sharp Eyes Projects, which increases the number of cameras all over China.

Now, using the Global Position System (GPS), the Chinese government is tracking where people and their vehicles are going, thanks to global automakers, who are sharing real-time location information and a number of other data points straight to officials. More than 200 automakers – including Tesla, Volkswagen, BMW, Daimler, Ford, General Motors, Nissan, Mitsubishi – send at least 61 data points, including vehicle’s location, to government-backed monitoring platforms, The Associated Press reported last November. The rules were established in 2016.

And residents are already starting to notice. As Bitter Winter has previously reported, police in some parts of northern Heilongjiang Province and Central China’s Henan Province require that monitoring devices be uniformly installed in all electric vehicles. This includes motorcycles, scooters, and bikes.

Mr. Xu, a resident of southeastern Fujian Province’s Quanzhou city, revealed that while buying an electric motorcycle last March, the salesperson required that he show his ID card and informed him that he must also purchase and install an electric vehicle positioning device. When Mr. Xu immediately refused, the salesperson said the monitor is now a mandatory government requirement or he can’t sell it. Mr. Xu didn’t buy the bike.

“This is the government’s bully clause. Every new electric vehicle has to have a monitoring device installed,” one owner of an electric-vehicle dealership said. “Every time a customer buys a vehicle, they have to get a license plate. If the monitoring device isn’t installed, the Vehicle Administration Office won’t give them a license plate and the electric vehicles are not allowed to be driven on the streets.”

This issue has also arisen in the cities of Jinjiang and Putian, both in Fujian Province. Some electric vehicle dealers have even set up service centers for installing tracking devices.

If the traffic police discover that the device hasn’t been installed, a fine of 200 yuan (about $30) will be imposed; afterward, the owner will still have to spend 130 yuan (about $19) to have the positioning device installed.

“Last September, my scooter was pulled over by traffic police, and I was forced to install a tracking device,” one resident of Putian city said.

Here’s the other interesting thing, the AP report states: Other countries that are major markets for electronic vehicles, like the United States, Japan and across Europe, are not collecting the same real-time data China is.

“You’re learning a lot about people’s day-to-day activities and that becomes part of what I call ubiquitous surveillance,” said Michael Chertoff, who was secretary of the Department of Homeland Security under President George W. Bush and wrote a book called “Exploding Data.” “Companies have to ask themselves, ‘Is this really something we want to do in terms of our corporate values, even if it means otherwise forgoing that market?’”

But more important in China is the added risk this places on the already-suppressed Christians.

Another Christian said that at the end of January, she was planning to buy a new electric bike, but after learning about the mandatory requirement to install a positioning device, she had to abandon her plan.

“The government says that this is for people’s safety, but in fact, it is an invasion of our privacy,” she said. “The police can monitor and know well where we go every day and all of our movements. Even if I bought such a vehicle, I still wouldn’t dare to use it.”

Religious Persecution at Universities Rises
Shaanxi University of Science and Technology.
In China, universities are regar…

The government is harassing patients, confiscating Bibles, and threatening to …