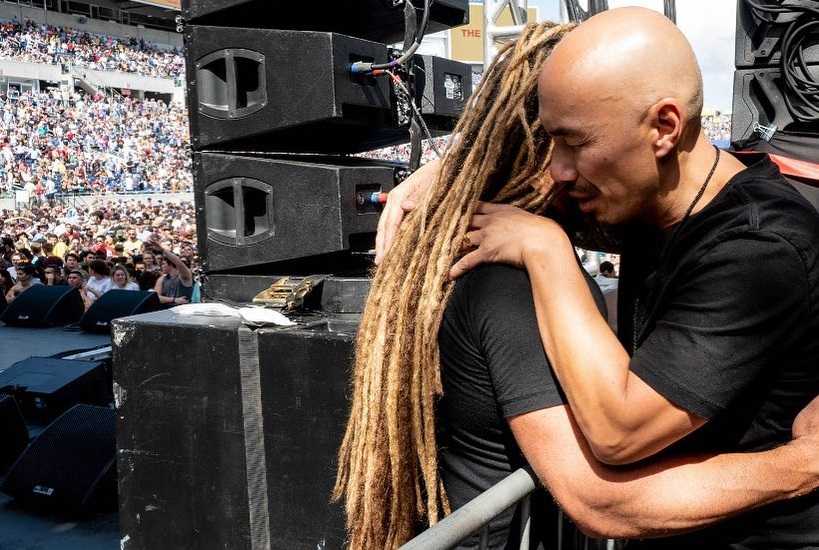 Photo Credit: Todd White/Facebook During an event that was described by its organizers as desiring to see “uncommon collaboration” and a “willingness to work together” to reach the nations for Christ, speaker and author Francis Chan was photographed embracing controversial teacher Todd White in prayer. In addition to Chan and White, the gathering featured speakers such as Benny Hinn, Bill Johnson, Lou Engle and Mike Bickle.

“A lover of God and devoted son. Francis Chan is an incredible man of God—loved his prayer over me at The Send,” White, who endorses the prosperity gospel and yoking with the Roman […]

During one segment, White told those gathered that since Christ had forgiven their sin, the diseases of the body from one’s poor choices before salvation—and the physical marks of the past—cannot remain.

He declared that—for those who had once engaged in cutting—God was going to make the scars on their arm disappear during the event.“He removes blood disorders, He removes STDs and everything that came from a stain from a life that you wish you’d never lived,” White said. “Redemption means that God wants to [also] redeem your body. It’s for your spirit, soul and body.”“Jesus forgave you. Therefore, if He forgave you, the mark and stain of sin must be removed now,” he asserted. “On the count of three, we’re going to yell Jesus, and I want you to look at the cuts on your arms and they’ll be history.”

White has raised concerns on a number of occasions, including in 2017 when he was featured in a video alongside Kenneth Copeland, in which he called the controversial prosperity preacher “one of the amazing fathers in the body of Christ,” “rock solid” and “a mentor in my life.”

“This is extremely disheartening,” one commenter wrote. “I don’t understand why someone like Francis Chan feels the need to support men like Todd White. Todd White is extremely dangerous and is a threat to the true gospel of Christ.”

“This really stinks,” another opined. “Pray for Francis Chan. He recently praised Todd White (a prosperity teacher in the Kenneth Copeland mold) and embraces him as a brother. What is happening out there?”